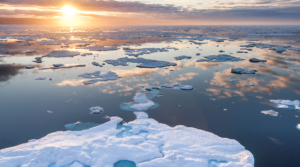 Corporate disclosure of climate-related activities to become a 2022 federal priority.

Whenever the Canadian Parliament wraps up a session, the Prime Minister sits down and writes a so-called mandate letter to each federal minister outlining the objectives the minister is expected to accomplish in the next parliamentary session. The objectives listed in the mandate letter that Jason Trudeau sent to Minister of Environment and Climate Change Steven Guilbeault on December 16, 2021, strongly suggest that the government plans to put climate-related financial disclosure at the top of its agenda in the coming year.

The effectiveness of the efforts a corporation makes to comply with climate change laws has become an issue of increasing importance for not only regulators but also customers, investors and financial institutions. Accordingly, information about climate change is becoming a key element in the public disclosure materials corporations are required to publish under securities laws. However, there are no detailed regulatory rules for climate change the way there is for disclosure of accounting statements and other financial information.

The Trudeau mandate letter calls on Minister Guilbeault to team up with Deputy Prime Minister and Minister of Finance Chrystia Freeland to lead a government-wide effort to work with provinces and territories to advance mandatory standards for climate-related disclosure by corporations based on the Task Force on Climate-related Financial Disclosures (TCFD) framework. Created by an international body known as the Financial Stability Board, the TCFD issued disclosure recommendations focusing on 4 core elements of corporate operations: i. governance; ii. strategy; iii. risk management; iv. and metrics and targets.

Regulators around the world and in Canada have relied on the TCFD framework in developing their own disclosure requirements, including proposed National Instrument 51-107 – Disclosure of Climate-related Matters issued by the Canadian Securities Administrators (CSA) in October 2021, and the global standards proposed by the International Sustainability Standards Board (ISSB)  International Financial Reporting Standards Foundation at the 26th United Nations Climate Change Conference of Parties (COP26).

The second Trudeau objective is to extend the disclosure framework beyond corporations regulated by the securities laws by requiring banks, pension funds, government agencies and other federally regulated institutions to issue climate-related financial disclosures and net-zero plans. Explanation: A net-zero plan explains what an organization is doing or plans to do to offset the greenhouse gas emissions that it generates across its entire business and supply chain. While a few federal agencies, like the Office of Superintendent of Financial Institutions (OSFI), have undertaken sustainability initiatives voluntarily, the Prime Minister wants to make this mandatory for all agencies and to provide disclosure of their climate change activities.

Current standards for disclosure of climate change activities are purely voluntary. However, the federal government has made it known that it’s determined to push for legislation to make those standards mandatory not only within the federal jurisdiction but across the entire country.