Truck Leasing Company Could Be Liable for Driver’s Negligence 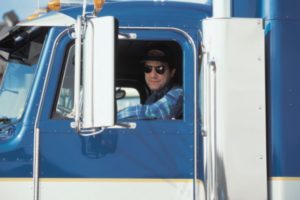 An employer leased a truck for use by its workers. Two workers were driving the truck as part of their duties. The driver was speeding and lost control of the truck, which crashed. The injured passenger sued the co-worker, his employer and the leasing company. The claims against the co-worker and employer were dismissed as barred by workers’ comp law. The leasing company asked the court to dismiss the claims against it, arguing that it couldn’t be held vicariously liable for the co-worker’s negligence. The court refused. It noted that the highway safety laws specifically imposed liability on the owners of vehicles, such as the leasing company. And although the co-worker was protected from liability by the workers’ comp law, the leasing company wasn’t so protected and could still be held liable for his negligence [Maria-Antony v. Selliah, [2014] O.J. No. 4251, Sept. 12, 2014].