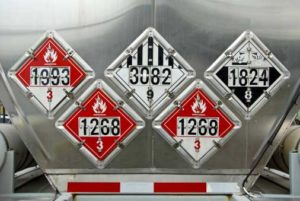 A bystander saw a truck driver pass another tractor trailer through an intersection and a blind curve, all against a double solid line with oncoming traffic. A supervisor spoke to the driver about the incident and issued him a written warning. Two months later, two drivers for another trucking company reported this driver as driving unsafely and recklessly. Based on these incidents and the driver’s failure to admit his errors, the company fired him. An arbitrator upheld his termination. A higher standard of conduct applied to the company’s drivers because they’re not only operating heavy equipment on public highways but also often hauling hazardous products. This high standard was stressed in the company’s safety policy. The driver committed two serious violations of this policy and the law within two months, and had a bad attitude, refusing to admit he’d done anything wrong. Thus, there was just cause to fire him, concluded the arbitrator [Goulet Trucking (1989) Ltd. v. Niccolls, [2016] C.L.A.D. No. 38, March 7, 2016].