Trends in the Enforcement of OHS Laws 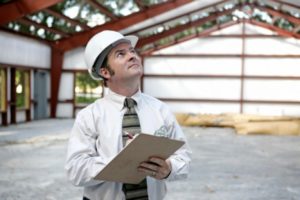 The OHS laws don’t do much good unless the government enforces them and punishes the violators. Are the Canadian agencies in charge of OHS enforcement doing a good job?

We recently asked you to rate your jurisdiction’s enforcement of the OHS laws. You characterized their efforts as:

It’s interesting that the vast majority of you feel your jurisdiction is either effectively enforcing the OHS laws or not doing enough to go after violators, especially considering that some jurisdictions are getting more aggressive in terms of OHS enforcement.

For example, Ontario’s MOL conducts regular inspection blitzes targeting specific industries, workplaces and/or safety violations. (Of course, they announce the schedule of blitzes in advance, giving employers time to prepare for them.)

Alberta also conducts inspection blitzes of its own. For example, one focused on home construction projects.

Another trend in OHS enforcement is the imposition of administrative monetary penalties (AMPs) or administrative penalties, which are essentially fines that OHS inspectors or other government officials can impose without going through a full-blown prosecution.

Similarly, Saskatchewan just enacted a new regulation that empowers OHS officers to issue summary offence tickets for 71 types of OHS violations, with fines ranging from $250 to $1,000.

AMPs have been a common tool in the enforcement of environmental laws for awhile. But their use in OHS enforcement is just gaining ground—and appears to be a growing trend across Canada.

It appears that at least a few jurisdictions are ramping up their OHS enforcement efforts. Perhaps we’ll ask this poll question in a year and see if we get the same response.