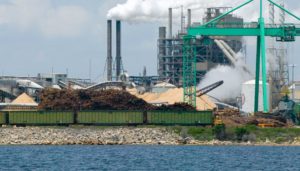 A mixture of dilute weak black liquor and weak black liquor soap (a by-product of the digestion of wood chips) overflowed a pulp mill’s tank, spilled into its main sewer line and entered its effluent treatment system, compromising the system’s effectiveness. Some also spilled onto a roadway and entered a nearby river. As a result, the mill was charged with violating the Fisheries Act and Environmental Management Act as well as its permit. It raised a due diligence defence.

The court concluded that the overflow had been caused by soap entering the evaporator. After a previous soap-related incident, the mill had implemented procedures regarding soap, including procedures for:

And if workers had followed these procedures, the foreseeable spill would’ve been prevented, said the court. For example, under the mill’s procedures, as soon a soap carryover is discovered, the evaporator must be shut down and its contents returned to the tanks—not diverted into the main sewer line where the material could end up in the effluent treatment system. But workers didn’t take these steps and instead let the soap mixture drain into the main sewer line. So the court convicted the mill, ruling that there was “compelling evidence to suggest the cause of the offences lay with [the mill]’s failure to follow its own procedures regarding a soap carryover” [R. v. Zellstoff Celgar LP].

Once you’ve established environmental procedures, you should do the following to ensure that workers follow them: