Transport Canada Inspectors Weren’t at Risk of Exposure to Asbestos 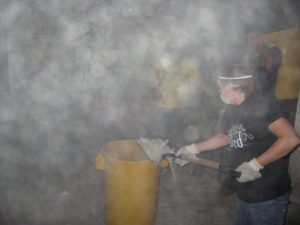 Two Transport Canada employees inspecting a Coast Guard vessel asked whether insulation being worked on contained asbestos but the chief engineer didn’t know. The inspectors ordered the Captain to test air samples and assess the vessel for the presence of asbestos. They then left the ship. One inspector refused to return until the asbestos situation was addressed and he got training on inspecting vessels containing asbestos. The test results found no airborne asbestos. But the inspector continued his work refusal because he hadn’t gotten the requested training. A Health and Safety Officer investigated the refusal and found there was no present danger. But he also found that Transport Canada had committed a safety violation by failing to have a qualified person investigate the vessel before the inspection. The OHS Tribunal ruled that an employer must appoint someone to investigate only when there’s a likelihood that workers will be endangered by exposure to a hazardous substance, such as asbestos. Here, there was no evidence that the inspectors were likely to be exposed to airborne asbestos or any other hazardous substance [TransportCanada Marine Safety v. Public Service Alliance of Canada, [2014] OHSTC 13, Aug. 19, 2014].