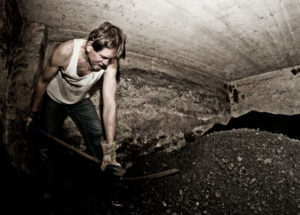 If you needed any reminders that mining is a very dangerous industry, several recent incidents around the world should drive that point home. And the fact these incidents all happened within a three day-span further emphasizes that tragedy is always a split second away in these dangerous workplaces.

May 12, 2014: Two coal miners died in an incident in a West Virginia mine with a long history of safety violations. The incident happened when miners were carving away one of the pillars of coal that kept the roof from collapsing.

The mining company said the miners died in a “severe coal burst,” a violent ejection of coal that can occur as the removal of a pillar shifts the roof’s weight to surrounding ones too weak to handle the added stress.

May 13, 2014: A fire broke out in a coal mine in Soma, Turkey. It’s not known what caused the fire, which trapped many miners underground. In addition, they may not have had access to an emergency refuge where they could’ve gotten shelter from the flames and fumes. Exposure to carbon monoxide may have been a factor in the deaths of those who survived the initial fire. The final confirmed death toll: 301.

The tragedy has sparked widespread protests against the government. The situation wasn’t helped when the Prime Minister remarked that the incident was par for the course in this dangerous industry.

May 14, 2014: Eleven workers were killed when a major cement pipeline in a coal mine collapsed in northwestern China. The coal mine was still under construction when the accident happened. Thirty-seven workers were in the shaft at the time.

Learn more about how safety in Canadian mines is regulated and the lessons from a report on a 2010 West Virginia mining incident that you can apply in your workplace regardless of your industry sector.