Third Report on Exposure of Canadians to Environmental Chemicals Released 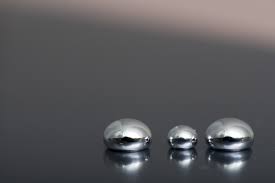 On July 15, 2015, Health Canada released its Third Report on Human Biomonitoring of Environmental Chemicals in Canada, which provides the results of the biomonitoring component of the Canadian Health Measures Survey (CHMS) and presents comprehensive data on the exposure of the Canadian population to environmental chemicals, such as mercury, and several volatile organic compounds (VOCs), including benzene.

The federal government uses such data to protect Canadians from exposure to chemicals through laws such as the Canadian Environmental Protection Act, 1999, the Pest Control Products Act, the Food and Drugs Act, and the Canada Consumer Product Safety Act. It’s also used to guide the Chemicals Management Plan.

(Learn how you can reduce workers’ exposure to hazardous chemicals by taking seven steps to switch to safer chemicals.)

The CHMS is an ongoing national survey that collects information relevant to the health of Canadians through home interviews and direct physical measurements. The biomonitoring component of the CHMS involves the collection and analysis of blood and urine samples to measure concentrations of certain environmental chemicals.

Biomonitoring provides an estimate of exposure to a chemical. But a chemical’s presence alone won’t necessarily result in adverse health effects. The risk a chemical substance poses is determined by evaluating both its toxicity and the levels to which people may be exposed.

The Third Report describes the survey methods used and includes the following information for each chemical or chemical group:

This cycle included the measurement of 48 environmental chemicals, including 33 that have been measured in previous cycles. These chemicals were selected based on one or more of the following considerations: