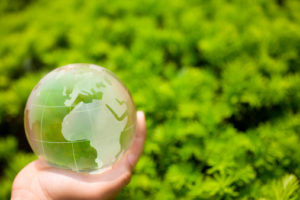 When there’s been an environmental incident, such as a spill of a hazardous substance, you’ll likely have to notify government officials. Those officials will also have to decide if they need to notify anyone, such as nearby residents and businesses, and advise them to, say, evacuate the area or shelter in place. After all, the effects of some incidents can be far-reaching.

For example, a frozen flare line at a refinery and chemical plant in Ontario ruptured and discharged coker stabilizer thermocracked gas. The discharge was detected and site sirens were immediately activated. But the foul odour from the gas affected some people in the area, causing burning eyes, sore throats, headaches, light-headedness, nausea and dizziness. Some residents were also forced to remain in their homes. The oil company pleaded guilty to discharging a contaminant into the natural environment that caused an adverse effect and was fined $650,000 [Imperial Oil Ltd., Govt. News Release, Sept. 21, 2016].

A group of risk experts has recently proposed a new framework and research agenda to help officials decide:

Thomas Cova, a professor in the University of Utah geography department, and colleagues published a paper called “Warning triggers in environmental hazards: Who should be warned to do what and when?” that proposes a way to improve emergency warning by thinking constructively and critically about all three issues.

Essential to improving emergency warning practices is research into the most effective methods for alerting the public as to environmental incidents and hazards, ranging from hurricanes and wildfires to spills of toxic chemicals.

For instance, widely used “warning triggers” are a decision rule that links an environmental condition to “protective action recommendations” for a specified target group. So a wildfire flame front crossing a prominent ridgeline, river or road toward a community may be the trigger for evacuating that community.

The authors assert that warnings triggers should pass four tests to be effective:

Trigger policy is also in need of study and should address areas such as what trigger policies agencies have set for different environmental hazards and the methods that can be used to compare the effectiveness and resource requirements of different policies.