There Are No Figureheads When It Comes to Safety 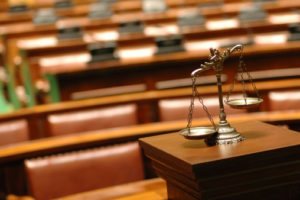 Two workers were steam cleaning an oil tank when it exploded. One worker was killed; the other was seriously injured. The injured worker sued the directors of the company that operated the shop where the incident occurred, claiming negligence. The directors asked the court to dismiss the lawsuit without a trial, arguing that they owed no duty to the worker and so couldn’t be negligent. They claimed they were directors and shareholders in name only, and didn’t know or do anything with respect to running the company. The court found that the defendants did have a duty with respect to health and safety in the workplace. Although whether they violated that duty would have to be proven at trial, their own evidence that “they did nothing” would certainly help the injured worker make his case, said the court in refusing to dismiss the lawsuit [Bower v. Evans].

It’s clear that employers have a duty under the OHS laws as to the health and safety of workers in the workplace. The OHS laws may also impose duties on owners, officers, directors and other members of senior management. The courts don’t generally require directors and the like to take a hands-on approach to fulfilling their OHS duties, such as by personally conducting safety inspections of the workplace. Instead, management is expected to implement safety policies and procedures to ensure compliance with the OHS laws and protect workers, and a system to monitor the effectiveness of these policies and procedures. Doing nothing at all, like the directors in Bower, is likely to fall far short of fulfilling a director’s duties as to workplace safety.

Employers, supervisors and workers aren’t the only individuals with duties under the OHS laws. Most such laws also impose safety duties on a company’s owners, officers and directors. For example, Sec 32 of Ontario’s OHS Act requires every director and every officer of a corporation to take all reasonable care to ensure that the corporation complies with the Act and related regulations; orders and requirements of inspectors and Directors; and orders of the Minister. So although officers and directors don’t need to be involved in the day-to-day details of the company’s OHS program and operations, to fulfill these duties, senior management must oversee and monitor the company’s safety efforts and ensure that all reasonable steps are being taken to comply with the OHS laws.

In the Bower case, the injured worker argued that the incident was caused by the negligence of the directors, who owed a personal duty of care to him. Specifically, he claimed that the directors:

In response, the two female defendants argued that they’re directors and shareholders in name only. They didn’t know anything or do anything of substance with respect to running the company. Their husbands ran it and they merely did what they were told.

The court didn’t buy this argument. Noting that the defendants were the sole owners and directors of the company that ran the shop, it cited the Epton case, in which a manufacturer’s director was held personally liable for a worker’s injuries. The Epton court found that directors have a personal duty to oversee workplace safety and to establish corporate policies that are reasonably oriented toward compliance with the OHS laws. A director can’t fulfill this duty by “blindly delegating everything as to safety to others without any standards, supervision or guidance”.

So the Bower court concluded that Epton established a duty on these directors with respect to health and safety in the workplace. It remains to be seen whether their liability for negligence for failing to fulfill this duty will be established at trial, but their own evidence that they did nothing as to workplace safety would seem to take the injured worker most of the way to proving his case, said the court.

The Bower case is a good reminder of what the courts expect of senior management when it comes to safety compliance. No one expects officers and directors to, say, supervise workers and conduct hazard assessments to fulfill their OHS duties. But they certainly can’t do nothing as to safety compliance and then argue they’re figureheads only. Officers and directors are not only ultimately responsible for the company’s compliance with the OHS laws but also liable personally under such laws. So they must take proactive steps to fulfill their OHS duties, such as by implementing a system that allows senior management to actively monitor the company’s safety compliance efforts.