The Law of ‘Nuisances’ 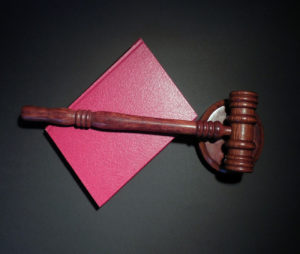 THE LAW OF ‘NUISANCES’

Environmental Regulation through the Backdoor

“Use your own property so as not to harm another’s”

Pop quiz: Your company complies with each and every one of its obligations under all environmental protection, clean water, clean air and other federal and provincial environmental laws. It also complies with all of the terms and conditions of its permits and certificates of approval. Can it still be held liable for harming the environment?

Answer: Yes. A company’s environmental obligations stem not only from permits and major environmental statutes and regulations but also from what’s called “nuisance” law. That is, a company can be held liable if its operations are a “nuisance,” meaning they unreasonably interfere with neighbours’ use and enjoyment of their property. Any form of harmful effect on the environment might be considered a nuisance, including emissions, discharges of contaminants into soil and water, odours, noise and even vibrations. And here’s the kicker: The fact that the activity neighbours complain about complies with all other environmental requirements isn’t necessarily a defence to a nuisance lawsuit. For example, smoke from a factory that’s so heavy it prevents neighbouring property owners from using their backyards and opening their windows may still be a nuisance even if it meets emissions and other requirements under environmental laws and permits.

This article will explain the law of nuisance, where it comes from, the impact of an important new Supreme Court of Canada case and how this case affects what you must do to minimize your company’s risk of being sued for creating a nuisance.

There are three main sources of nuisance law in Canada:

One of the things that makes nuisance law different from other environmental laws is that nuisance claims are generally brought not by the government in a prosecution but by private individuals or groups in civil lawsuits. There are certain principles that generally apply to such claims. So let’s go over the nuisance law basics.

The  modern concept of nuisance law is thought to have been created by an English court in 1611 in response to air pollution caused by the increased use of coal as fuel. Ever since, nuisance law has been used to address a number of environmental harms, including:

Determining Whether a Disturbance Is a Nuisance

An important concept in nuisance law is that minor disturbances of people’s use and enjoyment of their property aren’t nuisances. For the disturbance to rise to the level of nuisance, it must be unreasonable, abnormal or excessive. For example, it’s probably not a nuisance legally if your neighbour has a loud party once every few months (although it may be a nuisance in the common sense use of the term). But if your neighbour is a professional drummer who practices for hours every single day in a room without soundproofing so that you can’t read, sleep, watch TV or otherwise enjoy your home, you likely have a good case for a private nuisance against the neighbour.

In a 1999 case, the Supreme Court of Canada established the factors that courts consider in determining whether a particular activity constitutes a public nuisance [Ryan v. Victoria (City)]:

> The inconvenience caused by the activity, including its nature, severity and duration;

> The difficulty in lessening or avoiding the alleged harm;

> The utility of the activity, i.e., the benefit it provides;

> The general practice of others engaged in the same activity; and

> The character of the neighbourhood.

The Ryan standard for evaluating nuisance claims is an objective one. The interference must be: 1) intolerable to an ordinary person; and 2) substantial. In other words, the interference can’t be trivial or intolerable only to a person who’s especially sensitive. For example, the standard used to judge whether emissions from a factory constitute a nuisance is based on whether the emission would pose a problem for individuals with normal respiratory functions as opposed to those with asthma or other forms of respiratory hypersensitivity.

If a company (or individual) is found liable for a nuisance, it can be ordered to pay the injured neighbours damages to compensate them for the loss of the use and enjoyment of their properties. But that’s not the worst news. The company could also be required to implement costly measures to remedy the nuisance, such as installing devices to reduce emissions from smoke stacks. The court could even order the company to shut down operations until those measures are in place.

On Nov. 21, 2008, the Supreme Court of Canada issued what many environmental law experts have called a landmark decision in nuisance law. In St. Lawrence Cement Inc. v. Barrette, the Court ordered a cement company to pay $15 million in damages to neighbours for abnormal and excessive noise, smoke and dust from its plant. Let’s look at the decision in detail.

The Québec legislature passed a law permitting the cement company to open a plant in Beauport. The law also set requirements for the plant’s environmental practices. The plant opened in 1955 and neighbours soon began complaining about the noise, smoke and dust. In 1994, after years of complaining to the Minister of the Environment, a group of over 2,000 residents filed a class action lawsuit claiming that the plant’s disturbances were abnormal and excessive and thus a nuisance in violation of Article 976 of the Québec Civil Code (Code), which prohibits a landowner from imposing abnormal or excessive annoyances on its neighbours. The company eventually shut down the plant in 1997. But the lawsuit still needed to be decided as the residents demanded damages for the loss of the use and enjoyment of their property due to the plant’s operations. After a series of appeals, the case eventually found its way to the Supreme Court.

> Complied with all applicable environmental laws;

> Invested millions of dollars in the best available antipollution equipment;

> Retained an environmental manager; and

> Hired a maintenance team responsible for keeping the equipment in good working order.

But the Court interpreted Article 976 of the Code as imposing “no-fault liability” for neighbourhood disturbances—that is, the liability is based on the harm suffered by the neighbours rather than on the conduct of the person who caused it. The Court held that the company was liable because its activities caused “abnormal or excessive annoyances to the neighbourhood” in violation of Article 976. The Court concluded that the fact that the neighbours experienced excessive annoyance is enough and the Code didn’t require proof of fault to establish the company’s liability under Article 976.

Specifically, the Court found the following annoyances caused by the plant’s operations were, in fact, abnormal and excessive:

> Many residents had to wash their cars, windows and garden furniture frequently;

> Dust deposits from the plant, forced residents to undertake considerable effort to use and enjoy their outdoor spaces, such as increased maintenance work and painting; and

> The plant’s sulphur emissions, smoke, odours and noise were “beyond the limit of tolerance neighbours owe to each other according to the nature and location of their land.”

So despite the company’s efforts to comply with the relevant standards and law in operating its plant, its emissions unreasonably interfered with its neighbours’ use of their land and thus the plant was liable for nuisance under the Code, concluded the Court.

Impact of the Case

Technically, the St. Lawrence case applies only in Québec because the decision turned on an analysis of a Québec law. And Québec is the only part of Canada whose law is based on a civil code rather than on common law. But the decision still has implications for nuisance claims across Canada. Why?

The Court found that the concept of no-fault liability for neighbourhood disturbances in the Code is consistent with the current approach taken to nuisance claims under Canadian common law. For example, under common law, individuals can sue in nuisance for the unreasonable interference with their use or enjoyment of their property. And whether such interference is the result of intentional, negligent or no-fault conduct is irrelevant as long as the harm can be characterized as a nuisance.

In addition, the Court found that a no-fault liability scheme for nuisance claims is consistent with the general objectives of environmental protection and the application of the polluter pays principle that underlies environmental laws across Canada. Thus, no-fault liability for nuisances is appropriate in not just Québec but also the rest of Canada.

Assuming that the influence of the St. Lawrence decision does indeed spread beyond the borders of Québec, here are two lessons that companies can take away from this case:

Lesson #1: Compliance with the law ≠ defence to nuisance claims. It has been very common for companies sued for nuisance to argue as a defence that either the government authorized their operations by issuing them permits or Certificates of Approval or that their operations complied with all applicable laws. The argument went that if the activity complained of was compliant and legally authorized, it couldn’t possibly constitute a nuisance.

The St. Lawrence decision casts serious doubt on the viability of that defence. The decision confirms that nuisance claims are judged by the level of annoyance to neighbours and degree of interference with their use and enjoyment of the property, not on whether the company that created the nuisance broke a law. Thus, the cement company in St. Lawrence was still found liable even though it followed the environmental laws, regulations and standards pertaining to its industry and had been specifically authorized to operate by statute.

Bottom line: Compliance with the law isn’t enough to shield a company from environmental liability under nuisance law. Companies must be prepared to go the extra mile to ensure that their operations don’t unreasonably interfere with their neighbours’ rights—especially if the company is located near a residential neighbourhood.

Lesson #2: Respond to complaints from neighbours. Apparently, the cement company in St. Lawrence wasn’t particularly responsive or sympathetic to its neighbours’ litany of complaints. For example, it was only after the Ministry of Environment intervened that the company offered to clean residents’ cars of and implemented other measures to address their complaints. The company’s reluctance to listen to the community certainly didn’t help its case. If, in fact, it had been more responsive, it may have been able to prevent the lawsuit in the first place.

Bottom line: You can’t just ignore complaints from residents near your company’s facilities. Not every complaint from a resident will be justified and not every disturbance will qualify as a nuisance. But certainly when neighbours start complaining en masse about your company’s operations, you must at least investigate these complaints to determine whether they could form the basis for a nuisance claim. And in evaluating the company’s liability, keep in mind that compliance with applicable environmental laws probably won’t be a defence.

If you conclude that the activity does rise to the level of a nuisance and that litigation is likely, you must ensure that the company takes steps to address neighbours’ concerns. If it doesn’t and the neighbours sue, a court could ultimately force your company to take such steps anyway. Then the company will have to pay not only the cost of the necessary equipment or modifications to operations but also damages to the injured neighbours as well as the legal costs of the lawsuit.

We don’t mean to be alarmist and leave you with the impression that companies across Canada should brace themselves for an onslaught of nuisance claims. After all, proving a nuisance claim is still a tall order. But because the Supreme Court of Canada has now confirmed that nuisance is no-fault, people who live near industrial facilities may be more willing to try—particularly if they can band together and sue in a class action. As the Court in St. Lawrence noted, “Dust they are, and unto dust they shall return, yet human beings have difficulty resigning themselves to living in dust. Sometimes, weary of brooms and buckets of water, they are not unwilling to turn to the courts to get rid of it.”