The Importance of Safety Culture 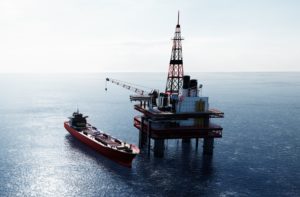 On April 20, 2010, the Deepwater Horizon mobile offshore drilling unit located off the coast of the US in the Gulf of Mexico was drilling a well. A series of events led to two explosions and a fire that killed 11 workers and injured 16. It also resulted in the largest oil spill in US history, causing significant environmental damage in the Gulf region. The US Coast Guard participated in the government investigation into this incident. In its part of the final report, it criticized Transocean, the unit’s owner-operator, for, among other things, failing to instill a culture that emphasizes and ensures safety [US Coast Guard’s Deepwater Horizon Report].

Why should you care about a safety incident that happened in the US? Because the investigation into the Deepwater Horizon tragedy illustrates the impact of something over which senior management has direct control: the company’s “safety culture”. Although the term “safety culture” gets used a lot and may not have a precise definition, you should take the concept seriously. What senior management must understand is that a company’s safety culture has a real impact on the safety of its workers and its OHS liability. As the Deepwater Horizon case illustrates, government agencies investigating safety incidents will consider not only tangible things such as the company’s OHS program and its safety policies but also its less tangible safety culture. And failing to establish a corporate culture in which worker safety is a priority can have far-reaching impacts.

A safety culture is essentially a mindset, a set of shared values among all stakeholders and a way of looking at the workplace and making safety a priority. According to a University of Illinois study, in a workplace with a safety culture, everyone values and prioritizes safety and:

The OHS laws don’t require employers to have safety cultures. But having a safety culture is an implied part of due diligence. Explanation: If the Crown proves that a company committed a safety violation, the liability of the company (and perhaps its senior management) will turn on whether it showed due diligence, that is, took all reasonable steps to prevent the violation. The court will consider the company’s safety culture, or lack thereof, in deciding if it met this standard. For example, when two refinery workers removed the locking pin from an overflow valve, steam and water were released, causing one of the workers to sustain severe burns. The court convicted the refinery, criticizing it for having a “complacent culture”, that is, “if there was no accident, the workplace was thought to be safe” [R. v. Petro-Canada, [2009] ONCJ 558 (CanLII), Nov. 5, 2008].

The Coast Guard found that Transocean lacked a safety culture because:

The development of a safety culture starts at the top. That is, senior management sets the tone for the workplace. So you should ensure that an effort is made to:

“Report of Investigation into the Circumstances Surrounding the Explosion, Fire, Sinking and Loss of Eleven Crew Members Aboard the Mobile Offshore Drilling Unit DEEPWATER HORIZON”, US Coast Guard, April 2011