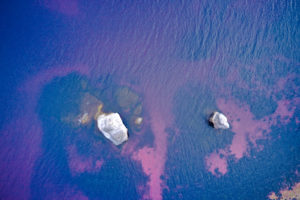 Workers at a chemical manufacturing plant in ON call the Ministry of Environment’s (MOE) spill action centre to report the accidental discharge of 400 litres of cooling tower water into a nearby creek. The centre determines that no urgent action is needed. Three days later, an MOE official calls the plant and demands a written report on the quantity and quality of the material discharged and any action the plant has taken to prevent a recurrence. The plant refuses to provide the requested information unless the MOE official puts the demand in writing. Under Sec. 92(3) of the ON EPA, once a spill has been reported, the “Director”—that is, someone specially appointed by the Minister of Environment—may request additional information about the spill. ON law also gives MOE officials the authority to demand certain information when they conduct inspections.

Must the plant provide the information the MOE official demanded on the phone?

2)  The MOE official may only demand information during an inspection, which would require the official to be physically present at the plant.

This scenario is based on a case from ON. Three days after the spill was reported, an MOE official called the plant and asked for additional information. The plant forwarded some of the information to the official. But, on the advice of counsel, it refused to provide the rest of the information unless it was ordered to do so in writing. The official got a written order from the Director demanding a written incident report regarding the spill. The plant complied with that order. Still, the government charged the plant with hindering an official in the performance of his duties because of its initial refusal to provide the requested information to the MOE. The plant was convicted, but the conviction was overturned on appeal. So the government appealed.

1) is wrong because the MOE official doesn’t have the same authority as a Director to request additional information about a spill. ON law specifically gives the Director—not MOE officials—the power to demand such information. And here, the request came from an MOE official rather than the Director.

3) is a true statement but irrelevant. Yes, the information requested could be demanded either verbally or in writing. But a verbal demand is only valid if: 1) It’s made by the Director; or 2) It’s made by an MOE official during a physical inspection. The verbal demand in this case didn’t come from the Director. And the MOE official didn’t make the demand while inspecting the plant—he made it over the phone.