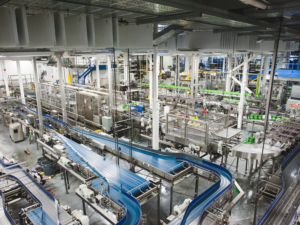 A temporary worker was assigned to a conveyor line at a beer factory. When there was a problem on the line, the worker tried to fix it manually and without first locking out the equipment. A supervisor saw him violate safety procedures and sent him home. The employer investigated the incident the next day and ultimately fired the worker, who had a prior infraction for not wearing PPE. An arbitrator explained that for temporary employees, the standard is not just cause but rather whether the termination decision was “arbitrary, discriminatory or in bad faith.” The employer’s conduct wasn’t “perfunctory, capricious or whimsical.” It held an investigative meeting with the worker and the steward. It also held extensive discussions with senior managers to determine what should be the correct outcome, considering that this incident was the worker’s second safety violation. Moreover, the employer didn’t treat this worker differently from other temporary workers who’d also committed serious safety infractions. Thus, the arbitrator dismissed the grievance [Service Employees’ International Union Local 2, Brewery General and Professional Workers Union v. Labatt Brewing Co. (Prior Grievance), [2017] O.L.A.A. No. 3 Jan. 6, 2017].