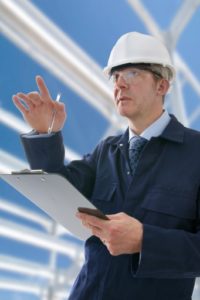 According to a survey by Dale Carnegie Training, workers’ relationships with their direct  supervisors are a key element in their engagement, which is demonstrated by how personally connected and committed workers feel to their organization.

The survey of 1,500 workers found that the level of workers’ engagement increases dramatically with the number of key positive emotions they feel, such as feeling inspired, enthusiastic, empowered, confident or valued. Of those surveyed, 70% felt at least one of these five key positive emotions, but only 12% felt three of them.

There’s also a direct relationship between negative emotions and a worker’s level of engagement.

Workers who feel negative emotions are disengaged nearly ten times more than those who feel positive emotions. And almost three in ten workers feel at least one of twelve significant negative emotions, including irritation, disinterest and discomfort, as a result of their interaction with their immediate supervisor.

The study says that being insulted by an immediate supervisor ensures a worker’s emotional disconnect and disengagement. In simple terms, a good supervisor makes people feel valued and confident; a poor one irritates people and makes them feel uncomfortable.

Workers personalize their job through emotions felt about the organization’s actions as a whole and about their own supervisors in particular. In fact, it’s the immediate supervisor who’s the chief emotional driver in the workplace, with reactions to supervisors explaining 84% of how workers feel about their organization.

For more on improving your company’s worker engagement and safety culture, see:

The OHS Insider’s Supervisor Compliance Centre has many resources on supervisors, including:

And our sister site, SafetySmart, has many tools to make your supervisors’ jobs easier, such as safety talks, leader sheets, quizzes, online training and injury tracking forms.