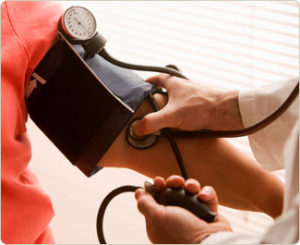 Work conditions can impact worker health in many ways, some surprising. For example, a recent study found that low job control is associated with an increased risk of hypertension (high blood pressure) among men, but not women.

Hypertension is a risk factor for strokes and heart attacks, among other health ailments. In Ontario, the incidence of hypertension increased by 60% over the 10-year period 1995 to 2005.

The study was conducted by researchers at the Institute for Work & Health (IWH) and the Institute for Clinical Evaluative Sciences (ICES) and published in the Jan./Feb. 2013 issue of the Canadian Journal of Public Health (vol. 104, no. 1).

The researchers followed 6,611 actively employed (but not self-employed) 35- to 60-year olds in Ontario who hadn’t been previously diagnosed with hypertension.

What does this survey mean? “Primary prevention programs to reduce hypertension are largely aimed at changing unhealthy behaviours,” says IWH Scientist Dr. Peter Smith, who led the research. “But this study suggests that prevention strategies might also assess the potential for modifying work environments as a hypertension control intervention.”

A previous study from the same group of IWH and ICES researchers, using the same nine-year study data, found low job control is associated with an increased risk of diabetes among women, but not men.