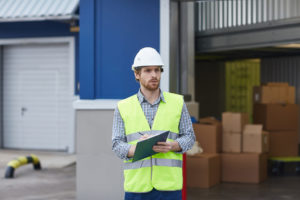 A group of Canadian researchers set out to assess if and how chief executive officers (CEOs) impact frontline worker injuries. Relying on data from 2,714 frontline workers, 1,398 supervisors, and 229 members of senior management teams in 54 organizations, the researchers found that CEOs do affect workplace safety, although their influence is largely indirect and relies on the collective efforts of distinct groups of organizational actors, including supervisors and workers [Safety in the C-Suite: How Chief Executive Officers Influence Organizational Safety Climate and Employee Injuries].

It’s long been assumed that CEOs, company owners and the like influence a company’s safety culture and safety performance. As a result, company executives are often condemned when there’s a major failure of a company’s OHS program and praised for its safety compliance successes. But there was little empirical evidence that CEOs play a key role in shaping positive or negative safety outcomes. This study provides such evidence, demonstrating that CEOs have an indirect impact on a company’s safety culture and worker injuries.

The researchers wanted to test the theory that CEOs indirectly impact frontline worker injuries through the “collective social learning” experiences and effort of different groups of stakeholders, including members of senior management, supervisors and workers. Collective social learning broadly refers to shared observations and vicarious learning that occurs between groups of stakeholders in an organization. The researchers proposed that when a group of workplace stakeholders is exposed to a prescribed set of core safety values and role behaviours, this shared experience encourages group members to engage in similar safety-oriented actions. For example, members of the senior management team can collectively and vicariously learn safety priorities from the CEO and, in turn, model these priorities to managers and supervisors. The supervisory group then collectively models behaviour consistent with these safety priorities to their staff.

To test this theory, the researchers collected data from organizations that were primarily signatories to a “CEO safety charter” in Canada. Such programs motivate CEOs to make a public pledge to continuously improve safety in the workplace and community. In total, 54 organizations provided data spanning from July 2012 to April 2014. They represented a variety of industries, including healthcare, manufacturing and construction. Although most organizational leaders were CEOs and presidents by title, some were owners or regional vice presidents.

Members of senior management teams, supervisors and workers also participated in the research by completing surveys tailored to each group. For example, supervisors were asked whether they agreed with statements such as “Top management in this organization considers safety when setting production speed and schedules”. Workers were similarly asked whether they agreed with such statements as “My direct supervisor makes sure we have the proper tools and equipment needed to do the job safely”.

The researchers found that senior executives’ experiences of a CEO-driven senior management team safety climate were positively related to supervisors’ perceptions of the organization’s safety climate, which, in turn, influenced workers’ reports of supervisors’ collective support for safety. At the individual level, the stronger a worker’s experience of his supervisor’s support for safety, the lower his injury rate. Bottom line: Although CEOs don’t have a direct impact on worker safety, they indirectly influence frontline safety by fostering a safety climate in the senior management team, which then trickles down to the lower levels of the organization.

Although the OHS laws hold all organizational members responsible for safety, they demand more from those with the highest degree of control over a company’s resources and important organizational decisions. So from a practical perspective, the study’s findings highlight the need for organizations to select and cultivate executive leaders who emphasize and prioritize safety, which is critical from both an internal injury prevention perspective and an external liability perspective. Safety-oriented CEOs prioritize safety in their interactions with their executives. Members of senior management then collectively learn from the CEO that a higher priority must be placed on safety as compared to competing priorities, such as production speed and efficiency. And although supervisor safety-related leadership interventions have been associated with improved safety outcomes, the organizational leader’s behaviours must be aligned with, and sustain the effects of, supervisory safety training. In the end, the CEO is a driving force in initiating and pushing safety priorities throughout a organization, although their influence occurs primarily through the work of other groups of stakeholders.