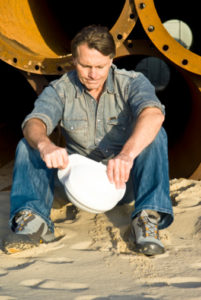 Being subjected to workplace bullying can impact workers in many ways, from keeping them awake at night to driving them to quit their jobs. And a new study from Norway has found that the victims of bullying on the job may also become more likely to contemplate suicide than people who don’t experience a hostile office environment.

In the study, which was published online on Sept. 17, 2015 in the American Journal of Public Health, the researchers surveyed a nationally representative sample of roughly 1,850 workers about their work environment and mental health, and followed them from 2005 to 2010.

Over the course of the study, the average proportion of workers reporting bullying ranged from 4.2% to 4.6%, while the prevalence of suicidal thoughts varied from 3.9% to 4.9%. Although less than 5% of participants reported thoughts of suicide during the study period, they were about twice as likely to do so after being victims of workplace bullying.

“Our study adds to the understanding of how bullying is related to thoughts about suicide by showing that the perception of being bullied at work actually is a precursor of suicidal ideation and not a consequence,” said lead study author Morten Birkeland Nielsen of the National Institute of Occupational Health and the University of Bergen.

So for at least some people, workplace bullying might be a tipping point toward considering suicide. (Read about some cases in which bullying did lead to a worker’s suicide.)

These findings provide further support for the need for employers to adopt proactive strategies to recognize and address increasing levels of workplace bullying and its costly impact.

The OHS Insider has additional information, tools and resources on workplace bullying and other forms of workplace violence and harassment, such as: