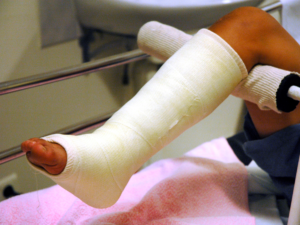 Successfully helping an injured or ill worker return to work involves many parties and several factors, which is why having a formal RTW program is so important. And a study of one RTW program has found that a key element to successfully implementing such a program is monitoring its progress.

The study by Institute for Work & Health (IWH), which was led by former IWH Research Associate Dr. Kathryn Skivington, was based on interviews with 30 managers and RTW coordinators within 18 months of the introduction of a new RTW program at a large healthcare organization employing 4,000 people.

The healthcare organization introduced the new RTW program to improve the consistency of disability case management and ac­commodation. The new program included all the components in the IWH’s Seven “Principles” for Successful Return to Work.

One distinctive aspect of the program was the recruitment of union representatives to act as RTW coordinators, so that all returning workers would have a representa­tive from their own union to support the development of their RTW plan. RTW coordinators worked with the organization’s OHS department, which managed the RTW process.

The study found widespread support for the program and its innovative inclusion of labour and management rep­resentatives in RTW planning. It also noted that differing perspectives and priorities be­tween union representatives and managers were still sometimes present.

“The message here for other organizations introducing or updating RTW programs is that, even with widespread management and labour support for these programs, areas of uncertainty will arise during imple­mentation,” says IWH President Dr. Cam Mustard, a senior scientist and co-author on the paper. “Monitoring the implementation process helps identify areas where roles and procedures need to be clarified.”

Skivington notes that there were a number of implementation issues described by the managers and RTW coordinators interviewed for the study—the kinds of issues that often pose challenges to RTW processes in other workplaces, such as:

To address these issues, the study suggests enhanced training and communication on them.

Although the program was set up to involve both managers and union representatives, the study found that participants sometimes had divergent views on certain implementa­tion issues. For example, some managers identified the pressure to stay within budget and maintain quality patient care while accommodating employees with modified duties in their department, whereas some union representatives placed a higher priority on the quality of the accommodation.

“It’s in the nature of this collaborative model that there will be times when per­spectives of the employer and of the labour union are different, and that’s the point,” says Mustard. “When those differences arise, they are discussed and resolved in the process of deciding how to best provide accommodation to an employee. Indeed, the process of talking through these issues al­lows participants to better understand each other’s perspectives.”

The OHS Insider has a lot of articles, resources and tools on return to work, including: