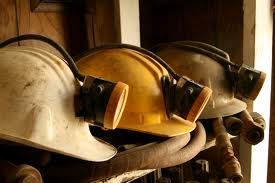 We all know that worker injuries and illnesses cost companies, but calculating exactly how much is often difficult. However, knowing what this cost is—even an educated estimate—is very useful, especially when it comes to getting senior management’s support for various safety initiatives.

Researchers in safety organizations have taken stabs at calculating these costs.

For example, researchers from the IRSST recently conducted a study on the cost of occupational injuries in Québec’s mines. They concluded that such injuries cost mines approximately $130 million every year. And due to the limitations of the methodology they used, this figure is probably an underestimate of the actual costs!

Why did the researchers focus on the mining industry? Because although this industry employs only 1% of the worldwide workforce, it’s the source of approximately 8% of all work fatalities. In Québec alone, mining accounts for about 0.4% of paid workers but nearly 4% of fatal incidents.

The researchers focused on occupational injuries in mining from 2005-2007, which totaled 3,796. There were also 34 worker deaths during that period.

They looked at various costs associated with those injuries and fatalities, including the cost of:

In the end, the researchers calculated the annual cost of worker injuries and fatalities in mining at $129,943,706. Key findings:

When broken down by type of injury, the average cost was:

The study also found that sprains and strains account for 32.1% of occupational injuries in the mines. The most frequent type of event or exposure involves being struck by equipment or objects, overexertion, same-level falls or being caught or crushed by equipment or objects. And exposure to harmful substances (such as chemical products, minerals) is the type of event or exposure with the highest total and average costs.