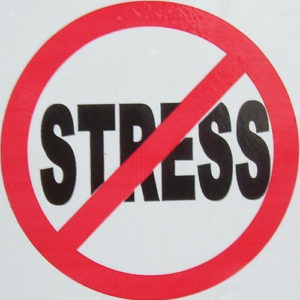 In one of the most significant decisions in recent memory, the Workplace Safety and Insurance Appeals Tribunal (the “Tribunal”) has declared that most of the legal restrictions placed on Workplace Safety and Insurance Board traumatic mental stress claims are unconstitutional.  The Tribunal essentially held that imposing restrictions on eligible mental conditions which are not imposed on physical injuries violates the equality provisions of section 15 of the Charter of Rights and Freedoms.

This decision may expand entitlement for mental stress and the Attorney General contended at the hearing of the appeal that it could also have a significant fiscal impact on the WSIB which is already experiencing a large unfunded liability.

Since 1997, the Ontario Workplace Safety and Insurance Act (“WSIA”) restricted entitlement for workers claiming mental stress to situations where a worker has suffered an acute reaction to a sudden and unexpected traumatic event arising out of and in the course of employment.  A worker is not entitled to benefits for traumatic mental stress that are a result of the employer’s employment decisions or actions.

The WSIB has also provided for compensation to workers who develop a mental disability as a result of a work related physical injury.  For example, a worker who developed depression as a result of a physical injury in the workplace would be entitled to compensation without restriction. In practice, the legal restrictions made it very difficult for workers to get WSIB benefits for traumatic mental stress.  It has been our experience that the Tribunal had employed a somewhat less rigid interpretation of the restrictions on stress claims than the approach employed by the WSIB and the WSIB Appeals Branch.

The case involved a nurse who had worked at the same hospital for 28 years. For 12 years, the worker was subject to ill treatment from a doctor who persistently yelled at her and made demeaning comments.  The events came to a head when the doctor repeatedly interrupted the worker’s history taking with patients, told her to “shoo,” and closed the door on the worker’s heels.  The worker was “effectively” demoted after this incident and was diagnosed with adjustment disorder arising out of these events.

The worker’s claim for benefits was denied by the WSIB and the WSIB Appeals Branch.  The Tribunal held in an earlier decision in November 2010, Decision 2157/09I, that while it accepted that the doctor’s actions caused the worker’s adjustment disorder, the doctor’s actions did not constitute a “traumatic and unexpected event” within the meaning of the WSIB Policy and thus entitlement was denied.  There was no detailed discussion of whether these incidents could have cumulatively been considered “sudden and traumatic” within the meaning of the policy.  While the Tribunal is not bound by legal precedent, there have been other similar cases where the Tribunal granted entitlement for the cumulative effect of traumatic mental stress (see for example Tribunal Decisions 2685/01, 1945/11, 1882/12).

A Charter challenge to the constitutionality of the restrictions on entitlement for mental stress followed the Tribunal’s denial of the worker’s appeal on the merits.   The worker argued that the WSIA’s restrictions on stress claims violated the equality rights provisions of section 15 of the Charter.  Specifically the worker challenged the provisions of sections 13(4) and 13(5) of WSIA which restrict entitlement to situations where a worker suffers an acute reaction to a sudden and unexpected traumatic event arising out of the course of employment.  The worker did not challenge the exclusion related to entitlement for mental stress caused by an employer’s decisions or actions.

Litigation under section 15 of the Charter is both legally and factually complicated and involves a detailed multi-step legal analysis.  As we are not writing a legal treatise, we do not propose to exhaustively review every single aspect of the Tribunal’s analysis.

However, the essence of an equality case under the Charter involves comparison of the treatment of the party alleging discrimination (i.e. workers suffering from work related mental disabilities who are restricted from WSIB entitlement) to other parties (workers with physical injuries).  Assuming that discrimination were established, the Tribunal must also determine whether the discrimination results in “substantive inequality” by perpetuating a historical disadvantage of a claimant group.

The Attorney General of Ontario argued that there was no discrimination against workers who suffered from mental stress because the treatment of the injury was focused on the injuring process (i.e. whether the injury was “traumatic”) rather than a distinction between physical and mental disabilities.  The Attorney General called extensive evidence to establish that the restrictions on traumatic mental stress were required as it is medically impossible to conclusively determine whether a worker’s mental condition is caused by work related issues or external factors.

The Attorney General relied on expert evidence that medical professionals often adopt the suggestion of workers that a condition is work related and that workers often are more inclined to suggest that the stress was work related as opposed to being caused by other factors.

The Tribunal categorically rejected these arguments and concluded it violated the Charter to treat physical and mental injuries differently.  Further, the Tribunal accepted expert evidence called by the worker that medical professionals are reasonably capable of determining the causation (work related or not) of a worker’s medical condition.  The Tribunal pointed out that there are a number of physical injuries where there are tricky issues about whether the physical condition is work related or not (i.e. carpal tunnel syndrome and lung cancer) and these issues are regularly determined by the WSIB and the Tribunal.

After concluding that the restrictions on mental stress were unconstitutional the Tribunal was obliged to consider whether the restrictions were “saved” by Section 1 of the Charter as a reasonable limit which can be “demonstrably justified in free and democratic society”.

There have been a number of other cases which have considered whether restrictions on government entitlement programs violate section 15 of the Charter or can be saved by Section 1.  In such cases, the government invariably argues that the Charter allows it to make policy decisions which may have the impact of disadvantaging a particular group and that the Courts ought not to be allowed to dictate to the government where to draw the line on policy decisions about benefit programs.

Courts have accepted this type of argument on a number of occasions.  For example, in Granovsky v. Canada (Minister of Employment and Immigration), the Supreme Court of Canada held that the Canada Pension Plan did not infringe section 15(1) of the Charter because the contributions requirement failed to take into account the fact that persons with temporary disabilities may not be able to make contributions for the minimum qualifying period because they are physically unable to work.  The Court stressed that drawing lines for entitlement is an unavoidable feature of the Canada Pension Plan and other comparable schemes.

More recently, the Ontario Court of Appeal dealt with a section 15 issue in Wynberg v. Ontario.  The Court held that even if the government decision to exclude children over the age of 6 from an expensive therapy program which was proven to treat autism violated the rights of the children under section 15 of the Charter, it was saved by Section 1.  The Court found that the policy choices made by the government fell within the range of reasonable alternatives that balanced the needs of all autistic children.  The Court held that by distributing the available resources as broadly as possible among those children who could benefit the most, the test under section 1 was satisfied.

The Tribunal itself has considered issues related to section 15 in the past. In Decision 512/06, it rejected a constitutional challenge to the provisions of WSIA which restrict entitlement to benefits for workers who are injured after the age of 63 and cuts off benefits for workers injured before the age of 63 after they reach the age of 65.  The Tribunal found no violation of section 15 and held that that the time limitation is consistent with the overarching aims of WSIA.  The Tribunal noted that the WSIA is intended to provide loss of earnings benefits “flowing from the injury” in a “financially responsible and accountable manner” and that the age limit accomplishes this goal.

On the other hand, the Courts have made some decisions which have held that government benefit programs violated section 15.  For example, in Plesner v. British Columbia Hydro and Power Authority, the majority of the British Columbia Court of Appeal concluded that restrictions on workers’ compensation stress claims which were similar to the restrictions at issue in this matter were unconstitutional and were not saved by section 1.  The dissenting justice concluded that there was no Charterviolation on the facts.  The Tribunal gave significant consideration to the findings of the majority of the Court in Plesner.

What About the Costs?

The unfunded liability of the WSIB has been the subject of considerable public discussion and was one of the reasons that the WSIB commissioned Professor Harry Arthurs to undertake an exhaustive review of the funding of the WSIB.  The Tribunal indicated that the Attorney General of Ontario argued that the financial impact on the system (and presumably the employer’s premiums that fund the system) of allowing entitlement in these type of claims should be given consideration.

The Tribunal held that it was provided with no evidence that the WSIB system was in a financial crisis or was in a crisis when the restrictions were put in place.  The Tribunal specifically held that there was inadequate evidence regarding the effect of mental stress claims on the insurance fund to justify a conclusion that any implied financial or budgetary issue was overly relevant to the issue of reasonableness.

One can imagine that employers will be very frustrated by this finding.  The precarious financial situation of the WSIB is widely known and subject to a number of recent WSIB sponsored processes in an effort to alleviate the situation.  One can understand that it may have been difficult for the Attorney General to assemble definitive evidence of the potential financial impact of this decision.  However, it is difficult to imagine that allowing such claims will not result in increased financial obligations on the system and thus potentially require increases to premiums and surcharges.

Where to Go From Here?

Unlike a decision of a Court, the decision of the Tribunal is binding only the parties to this Appeal.  It remains to be seen whether other panels will adopt this approach.  It seems likely that the Attorney General will seek judicial review of the decision.

The decision does not necessarily mean that thousands of stress claims will suddenly be approved.  It remains to be seen whether the WSIB will amend the Policies relevant to stress.  The Tribunal made some comments in the decision which suggested that the Alberta Workers’ Compensation Board approach to stress was one it considered to strike an appropriate balance.  In Alberta, stress claims are granted where the workplace was the “predominate cause” of the condition and the events causing the stress were “excessive or unusual”.

The Alberta approach does not allow approval of all stress claims, but it would open the door to allowing a much broader range of stress claims to be approved.  We also note the question of what happens to older stress claims which were denied under the Policy since 1997.  This issue is particularly significant to Schedule 2 employers who are not subject to the experience rating process which involves a “window” of time for responsibility for claims.