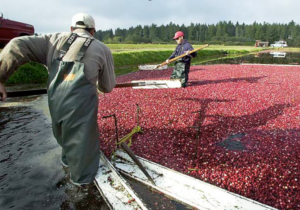 These workers may be missing a key piece of PPE. Do you know what it is? 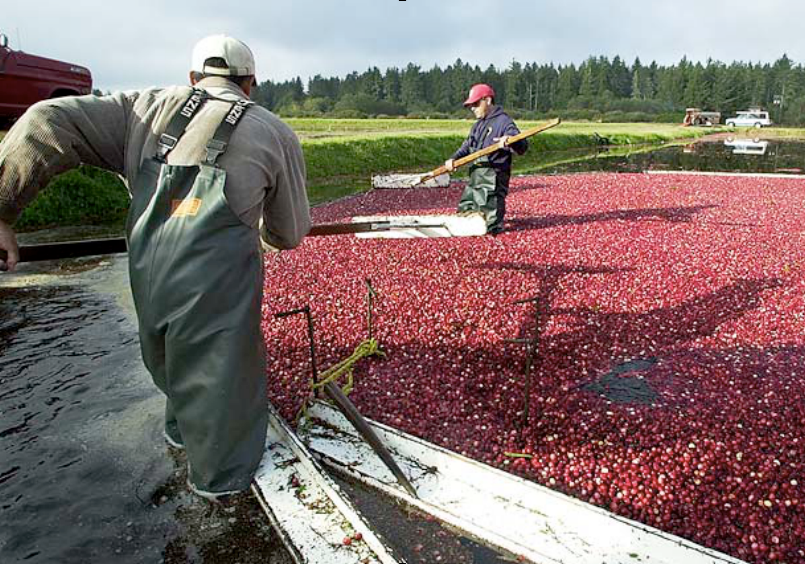 For example, this picture depicts workers in a cranberry bog. The water where they’re standing is only knee-deep. But other sections could be much deeper—even deep enough for workers to drown in them. So if the workers are at risk of drowning in any section of the bog, they should be wearing personal flotation devices (PFDs).

Wearing such PPE could’ve saved the life of a worker in BC.

The worker was walking across a cranberry bog and stepped into an underwater cross-ditch. He called for help before sinking beneath the surface. When co-workers reached him some five to ten minutes later, he was unconscious.

Rescue workers from a nearby fire hall responded and performed CPR on the worker. They managed to restore his pulse, but he suffered a heart attack and died three days later in the hospital.

As a result of this incident, the farm where the incident occurred, as well as several others, immediately purchased life jackets for workers. WorkSafeBC also conducted an inspection blitz at more than 20 cranberry farms to ensure safety mechanisms were in place for next harvest.

The OHS laws typically address when PFDs are required PPE for workers.

For example, in BC, Sec. 8.26 of the OHS Regulations says that a worker who’s employed under conditions which involve a risk of drowning must wear a PFD or lifejacket with sufficient buoyancy to keep his head above water.

Other jurisdictions have similar requirements. For example, Sec. 86 of Ontario’s Industrial Establishments Regulation says that when a worker is exposed to the hazard of falling into liquid that’s of sufficient depth for a life jacket to be effective as protection from the risk of drowning, the worker must wear a life jacket or the employer must develop and implement written measures and procedures to prevent the worker from drowning.

Note that the PFD requirement may not apply if:

So if the workers in the picture only work in water of the height depicted, they wouldn’t need PFDs. But if they move to or cross through deeper areas, then they’d need this PPE unless other safety measures were in place to protect them.

Working safely around water may also require the use of fall protection. For example, under some jurisdiction’s OHS regulations, fall protection is required when workers are at risk of falling three metres or more to the nearest safe surface or water.

So workers may not need to wear a PFD when a personal fall protection system, guardrail or safety net is being used to prevent them from falling into the water.

WorkSafeBC recommends the following tips regarding PFDs and lifejackets:

1. Make sure PFDs fit workers properly and allow them to move freely while they work.

2. Workers should inspect their PFDs or lifejackets before wearing the equipment to ensure they’re in good condition. For example, workers should check for:

3. Require workers to report damaged PFDs or lifejackets to a supervisor and instruct them not wear the damaged PPE.

4. Use only a mild soapy solution when cleaning a PFD or lifejacket. Never use dry-cleaning, strong detergents, gasoline or solvents to remove any stains.

5. Don’t store PFDs or lifejackets when they’re wet. Let them dry first in the open air, away from sunlight or a direct heat source.

6. When not in use, store PFDs or lifejackets in a dry, well-ventilated, easily accessible place.