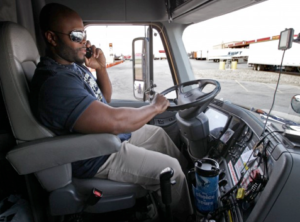 In addition, if the truck driver should get into an accident due to his distracted driving, he’s more likely to get seriously injured because he’s not wearing his seatbelt.

Cell phones pose safety hazards to workers not just when they’re operating vehicles or powered mobile equipment, such as dozers or cranes. Using a cell phone can distract workers from dangers in the workplace. For example, a road construction worker in New Brunswick was seriously injured when he stepped in front of a half-ton truck while talking on his cell phone. And they can distract workers while they’re performing other hazardous activities, such as mixing chemicals or using machinery.

If your policy is unclear about how workers can and can’t use electronic devices or doesn’t explain the consequences for violations of these rules, you may be limited if you try to discipline workers for infractions.

Example: A worker was fired for using his cell phone on the manufacturing plant floor and in an oil shed during work hours and in violation of safety policy, which barred workers from using such devices in the plant. The union claimed termination was excessive.

The arbitrator noted that two years prior the worker had been given a verbal warning by a supervisor about using his cell phone in the plant. In the recent incidents, he played a game on his phone while in the plant and then was seen talking on the phone while in the oil shed after getting a text from his wife. The worker knew that using the phone in the plant violated policy. But the policy wasn’t clear that using cell phones was barred in the oil shed, too. And the supervisor didn’t make it clear to the worker that he could face serious discipline for violating this policy.

Given his 22 years of service and remorse, the arbitrator concluded that a 10-shift suspension and reinstatement without back pay was appropriate [PGI Fabrene Inc. v. International Assn. of Machinists and Aerospace Workers, Local Lodge 2922 (Montgomery Grievance), [2013] O.L.A.A. No. 378, Sept. 16, 2013].

For more information on the hazards of distracted driving and use of electronic devices in the workplace, go the OHS Insider’s Cell Phone and Other Electronic Devices Compliance Centre, which has, among other things: