Should You Let Workers Wear Costumes to Work? 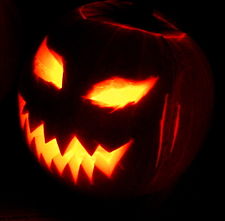 If you think Halloween is a holiday only for kids think again. Adults spend millions of dollars each year on costumes. And some workplaces let workers wear those costumes to work, often holding contests for the best or most creative ones. But is this practice safe?

Wearing Halloween costumes is safer in some workplaces than in others. For example, it’s safer to wear a costume in an office setting than in a manufacturing plant or on a construction site. But costumes may pose certain safety hazards in any setting.

For example, masks with small eyeholes can obstruct the wearer’s vision, making them vulnerable to trips and falls. And hoods can make it hard for the wearer to see and hear.

Dangling parts of a costume can get caught in machinery or even doors.

Workers may accessorize their costumes with weapons, such as swords or knives, that they wouldn’t normally ever consider bringing into work. But even if these items are fake, they could still pose a risk.

Aside from safety, letting workers dress in costume could also cause other problems.

For example, workers could come in costumes that are sexy or revealing or that offend a co-worker, such as a Caucasian worker showing up in black-face. Such choices could lead to worker complaints of harassment, discrimination or a hostile work environment.

Not to be a party-pooper but you may want to think twice before letting your workers dress up for Halloween.

Pumpkins are another typical feature of Halloween celebrations. To avoid getting injured while carving a pumpkin, read these tips.