Should You Appeal an OHS Order? 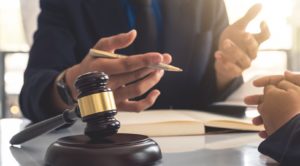 Not appealing an OHS order may come back to haunt you if you’re charged with a violation.

A worker breaks his arm at an Ontario construction site where workers of different employers work. The MOL inspector issues an order against one of the contractors naming it as the “constructor,” that is employer with overall responsibility for safety and OHS compliance at the site. The contractor denies being the constructor but decides not to appeal the order. The Crown later charges it as constructor with an OHS violation in connection with the incident. Again, the contractor insists that it’s not the constructor. By not appealing the order you admitted that what it said was true, including the part about being the constructor, the prosecution argues. That’s dirty pool, the contractor claims. But the Ontario court brushes the objection aside and allows the prosecution to make the damaging argument at trial [R. v. Reid & Deleye Contractors Ltd., File No. 4460 999 06 19444, Ontario Ct. of Justice].

OHS laws authorize government inspectors to issue orders compelling companies to take steps to address real or potential workplace hazards. A company that receives an OHS order has 2 basic choices: comply with the order or appeal it. Appealing an order can be a time-consuming and expensive process. And there’s no guarantee that you’ll win the appeal. So, companies may opt simply to comply with an order even if it disagrees with what it says. But, as the Reid case shows, if the company is later charged with safety violations based on the facts underlying the order, that failure to appeal the order may be used against it.

OHS inspectors aren’t perfect. And sometimes the orders they issue are unjustified. But appeals aren’t something to take lightly. The decision to appeal depends on many factors, including the likelihood of winning, the cost of compliance versus the cost of an appeal and how burdensome compliance would be. The Reid case tosses another consideration into the mix: the risk that not appealing may be seen as an admission that the order’s accusations are true. This can become a millstone around your neck if if you’re charged with OHS offences in connection with the safety problems the inspector perceived in issuing the order. The risk of admission is particularly great to the extent you believe charges are likely.

Unfortunately for the contractor, the court agreed with the prosecution. It noted that evidence of a defendant’s actions—and omissions—after an offence may be admissible if they’re relevant. In some cases, a party’s silence in response to statements made in its presence can be used against it if the statements were made in circumstances in which it could reasonably have been expected to reply to them, the court reasoned.

You need to make a careful decision about whether to appeal an OHS order you deem to be unjustified. And because there’s an appeal deadline, typically 30 days, you also need to act quickly—and get a lawyer’s advice. Specifically, consider the risk that prosecutors will use the same tactics against you as they did against the contractor in the Reid case, namely, contend that by not appealing an OHS order, you essentially admitted the truth of the things it said.