Separate Incidents Result in $365,000 in Fines for Mining Company 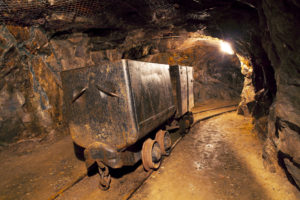 In 2014, a miner operating a scoop tram hauling ore was killed instantly when he was struck and crushed by a run of muck or rock. He was found in a location about 6.75 metres ahead of the “safe-limit line.” The mining company was found guilty of failing to ensure that written safety precautions and procedures were established and followed to prevent a worker from being outside of a loader while ahead of the safe-limit line and fined $300,000. Also that year, a worker was loading mine haulage trucks with an excavator when the working face of the stockpile failed, sending a large amount of material onto the excavator. It crushed the operator’s cab, its controls and radio, trapping the worker inside where he couldn’t radio for help, shut down the motor or get free of the cab. Mine rescue personnel extricated him about two hours later. He suffered hand and leg injuries. The mining company was convicted of failing to ensure that a stockpile of unconsolidated material was made safe before a worker was allowed to work close to or on top of it and fined $65,000 [Lac Des Iles Mines Ltd., Govt. News Release, Jan. 19, 2016].