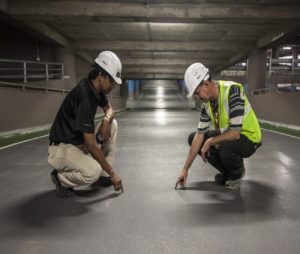 Planning to hire students or young workers this summer? Keep in mind that workers under 21 are, by age group, the most vulnerable. They lack experience and are reluctant to ask questions. One thing you can do to minimize these risks is assign each young worker an experienced buddy or mentor.

A buddy/mentor system—or lack thereof—was the difference between life and death, sight and blindness, for these real-life workers.

On his way to fetch some heavy cream for a lunch dish, culinary worker Tom Schilling of the Penn Stater Conference Hotel notices 42-year-old colleague Terry Confer slumped in a chair in the hallway near the employee entrance. He looks pale and says he’s waiting for his brother to pick him up and take him home. In the break room, Tom mentions what happened to co-workers Denny and Rick what happened. They saw the same thing and decide to check in on Terry.

Terry’s still in the chair but is blue in the face. He’s stopped breathing. Rick dashes off to call 911; Denny and Tom begin first aid. They soon determine that Terry’s in full cardiac arrest. Thinking fast, Rick calls HR and urgently asks them to grab the automatic external defibrillator (AED) in their office and get the heck down. The HR people arrive and administer AED treatment. After the third shock, Terry’s heart restarts. Shortly after, the ambulance arrives.

Terry’s life is saved and he makes a full recovery.

Penn Stater didn’t have a formal buddy system at the time. But in looking out for their colleague, Tom, Rick, Denny and the rest played the buddy role to the hilt. And, as Terry Confer will be the first to tell you, their actions spelled the difference between life and death.

Gamekeeper Douglas Armstrong, age 53, is driving his ATV in the field of a large private estate as part of his pheasant run. He’s all alone. So when his vehicle rolls over and crushes his pelvis, there’s nobody there to hear his cries. He manages to drag his mangled body 200 yards to the gate. But then he collapses. They find his body 2 days later.

Police couldn’t tell how long Mr. Armstong laid in that empty field before bleeding to death. But on one thing they were clear: If the estate had had a buddy or check-in system in place, Mr. Armstrong might still be alive.

A 55-year-old machine repairman named Earl Watson is fixing a pump that sucks contaminated water from a mining pit. Gingerly, he taps the nozzle he’s using to relieve pressure inside the pipe to dislodge the caked-on mud. The nozzle breaks with such force that it blows his goggles 9.1 metres (10 yards) away.

Mr. Watson knows he’s in trouble. But he’s all alone and the nearest town is about 40 km (25 miles) away. He manages to drag himself home. The next day, the pain is intense. By the time, he gets the proper medical attention, it’s too late to save the sight in his right eye.

In retrospect, Mr. Watson says it could have been worse and thanks his lucky stars that he’s still alive. But he thinks that he should never have been working alone and wishes that he had had a buddy with him that day.

In addition to saving his eye, a buddy might have backed his account of the injury and enabled Mr. Watson to persuade workers’ comp to pay for the injury.

Moral: Get Your Buddy System in Order

If you haven’t already done so, establish a buddy system at your workplace—especially if you’re planning to hire students and young people to work for you. Buddies are also appropriate for other workers who are at heightened vulnerability, e.g., due to personal characteristics like lack of English speaking skills and/or work circumstances such as assignment to do potentially hazardous jobs alone or in isolation.