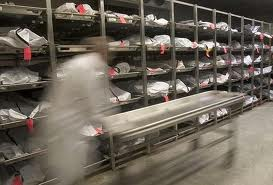 For example, in 2012, a coroner’s jury looking into the deaths of three workers on a BC mushroom farm recommended that all BC agricultural workers and their employers undergo mandatory two-day OHS training and that WorkSafeBC should:

This chart shows each of the jury’s recommendations and how WorkSafeBC responded.

So should more coroner’s inquests be held into workplace fatalities?

In a recent poll, we asked when a coroner’s inquest should be held for a workplace safety incident. The safety professionals who responded support more inquests, believing inquests should be held:

In other jurisdictions, inquests are mandatory only for fatalities in certain industries. For example, in Ontario, inquests are required for any fatality in the mining or construction sectors. And this limitation was recently challenged—and upheld—by a court.

A worker from Jamaica at a tobacco farm was crushed to death by a 1,000 pound bin that fell from a steel bin lift. The Chief Coroner declined to hold an inquest into the incident. His family sued, arguing that it was discriminatory for construction and mining deaths to trigger mandatory coroner’s inquests, but not those of seasonal agricultural workers.

The Human Rights Tribunal ruled that the Coroners Act doesn’t discriminate against migrant farm workers. The lack of a mandatory inquest for such workers doesn’t mean their lives are of lesser value or that their safety is less worthy of protection, noted the Tribunal. But mining and construction workers, unlike agriculture workers, face a higher risk of traumatic workplace deaths and the causes of those deaths are quite varied, so inquests into those deaths are more likely to produce useful recommendations, it explained [Peart v. Ontario (Community Safety and Correctional Services), [2014] HRTO 611 (CanLII), April 30, 2014].