Safety Pros Say No to Arming Workers as Protection from Violence 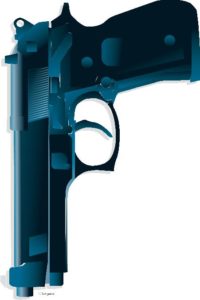 In the wake of the tragic shooting deaths at the Sandy Hook Elementary School in Connecticut, a debate has begun in the US over gun control. While some have suggested that increased limits on who can own guns are necessary, others have argued that, in fact, more people with guns would make us all safer. For example, they’ve recommended that workers at schools be permitted to carry firearms so they can defend themselves—and the students—in the event of another Sandy Hook-like incident.

Views on guns and gun control in Canada are very different from those in the US. And according to Statistics Canada, only 19% of workplace violence incidents involve the use of a weapon, such as gun or knife.

Nonetheless, in the wake of Sandy Hook and other workplace violence incidents in both the US and Canada, it’s not unreasonable to ask the question, “Should we arm workers to protect them from violence?”

Courts, arbitrators and other tribunals have been faced with this question, particularly for workers with law enforcement-like duties or who work in remote locations.

In a recent poll, we asked safety professionals if they thought that arming workers was a good way to protect them from workplace violence. A resounding 93% said no. Another 7% said it was a good idea for all workplaces. (Interestingly, no one thought it was a good idea only for workplaces accessible to the general public.)

In fact, rather than arming workers, it’s a better idea to expressly ban all weapons from the workplace. Yes, an angry worker who snaps on the job could always use whatever’s at hand, such as a piece of wood, tool or chair, as a weapon. But generally, the consequences of using such makeshift weapons will be less severe than if he’d used a handgun or rifle.