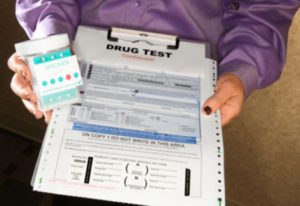 Drug and alcohol testing of workers—particularly random testing—is a hot button topic that’s sure to elicit strong responses on both sides.

On one hand, workers who are drunk or high on drugs on the job pose a safety hazard to themselves and their co-workers. So testing to identify such workers is seen by some as a necessary safety measure.

On the other hand, drug and alcohol testing is invasive of workers’ privacy rights. And a positive test result doesn’t always mean a worker is currently impaired.

So we recently asked our readers if they thought workers should be subjected to random drug and alcohol testing. Here’s what they said:

In many ways, the poll results reflect a current trend toward random drug testing.

For example, in Alberta, a group of employers, labour associations and unions recently launched a two-year initiative on the effectiveness of comprehensive workplace drug and alcohol programs. The Drug and Alcohol Risk Reduction Pilot Project’s mandate is to establish best practices for random alcohol and drug testing for safety-sensitive work sites and positions.

Implementing a drug and/or alcohol testing program in a workplace is complicated. OHS Insider can explain:

And you can go to Safety Smart for: