SAFETY COORDINATORS: How to Avoid Personal Liability for Safety Violations 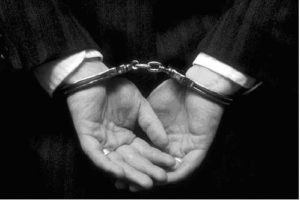 Regulatory agencies have stepped up enforcement of OHS laws against companies, corporate directors, supervisors and even workers. But they generally don’t go after safety coordinators, that is, the individuals who actually run the company’s OHS program. However, there have been two successful OHS prosecutions of safety coordinators, both in Nova Scotia. With help from Ryan J. Conlin, a Toronto OHS lawyer, we’ll tell you about these cases and how you can protect yourself from personal liability for safety violations.

The OHS laws impose safety-related duties on owners, employers, contractors, suppliers, supervisors and even workers. (Note that Sec. 20 of Nova Scotia’s OHS Act does impose duties on the providers of OHS services, which could include safety coordinators.) However, don’t be lulled into thinking that the omission of safety coordinators from the list of workplace stakeholders who have safety responsibilities means you can’t be charged with OHS offences. Conlin explains that a safety coordinator could be held liable for a safety offence as:

An employer. Every OHS law defines “employer” and imposes specific health and safety duties on employers. The definition of “employer” is often very broad and may include representatives of the employer in addition to the employer itself. For example, Sec. 122(1) of the federal Canada Labour Code defines “employer” for OHS purposes as “a person who employs one or more employees and includes an employers’ organization and any person who acts on behalf of an employer.” Thus, a safety coordinator who acts on his company’s behalf could be prosecuted as an employer under the OHS laws. In fact, in the Dearing case discussed below, the safety coordinator was prosecuted as an employer.

A worker. The foundation for the OHS laws is the Internal Responsibility System (IRS) in which all workplace stakeholders—including workers—are responsible for workplace safety. So all OHS laws define “workers” or “employees” and impose specific health and safety duties on them. Because safety coordinators are clearly workers under the law, they could be prosecuted for an OHS violation for failing to fulfill their worker duties, says Conlin. And in the Della Valle case discussed below, the safety coordinator was prosecuted as an employee.

There have been two notable prosecutions of safety coordinators for OHS violations, both in Nova Scotia:

The Dearing case was the result of a fatality that occurred during the dismantling of an old steel mill in Sydney, NS. A worker was crushed to death after a 680-kg steel beam being lifted by a crane broke loose from its hoist and hit him in the head. The Crown charged the company’s safety manager, Bernard Dearing, as an “employer” with failing to “establish and maintain a written occupational health and safety program” under the Nova Scotia OHS Act.

In May 2007, Dearing pleaded guilty to a “technical” violation—developing the site safety plan without consulting the company’s JHSC as required by the Act. The court fined Dearing $1,000, noting that his actions didn’t cause the tragedy. Even the prosecutor acknowledged that Dearing’s offence was an administrative error and not directly related to the incident.

In the most recent safety coordinator prosecution, James Della Valle, the OHS coordinator for a housing authority, got test results indicating that insulation from attic space contained asbestos. The testing company told him what safety measures to take, which he passed along to two maintenance supervisors. But they didn’t follow through on those measures. Months later, when an electrical contractor learned about the test results, he contacted the Department of Environment & Labour, which charged the housing authority, Della Valle and the maintenance supervisors with OHS violations. (The authority and one supervisor pleaded guilty; the case against the other supervisor is still pending.)

The Nova Scotia Provincial Court convicted Della Valle of violating his “general duty” as an “employee” to protect his own safety and that of co-workers under the OHS Act and fined him $1,000. The court said there was nothing wrong with what Della Valle did—he just didn’t do enough. What he should have done, said the court, was:

3 STRATEGIES TO MINIMIZE YOUR LIABILITY RISKS

Conlin believes that the risk of prosecution for safety coordinators anywhere in Canada is relatively remote. But you should still be proactive and take steps to protect yourself from liability. In many ways, the best way to reduce your liability risk is to simply to do your job as safety coordinator well—that is, implement and manage an OHS system that complies with the OHS laws and effectively protects workers from injuries and illnesses. But despite your best efforts, safety incidents may still happen. So here are three strategies for minimizing your risk of personal liability for such incidents.

In a prosecution, what matters isn’t what you did but what you can prove you did. For example, say you recommended a safety measure that the company failed to implement and a worker got hurt as a result. To avoid personal liability, you may need to be able to show that you gave the appropriate safety information and recommendations to the people in the company with the power to act on them, says Conlin. For safety coordinators to prove that they did so, they’ll need to show that they:

It would be hard to hold a safety coordinator who could prove these things personally liable for a company’s safety violation. So Conlin recommends that you create a “paper trail” detailing your communication of safety-related information and issues to the people in the company with the authority to address those issues—especially if management ignores your recommendations, he adds. At a minimum, he suggests that you document the following:

There should be a description of your job as safety coordinator, whether in your employment contract or employee handbook. Prosecutors and courts might rely on this job description to determine whether to hold you responsible for safety violations committed by your company, says Conlin. For example, the court in Della Valle specifically relied on the OHS coordinator’s job description, which gave him “general responsibility for health and safety within the organization.”

Of course, some safety coordinators may be supervisors as well, particularly in small companies where everyone wears several hats. If you’re in that situation, make sure that your job description accurately reflects these dual duties.

Strategy #3: Get Company to “Indemnify” You

No OHS program is perfect. So despite your best efforts, safety violations or incidents may still occur. If you end up being charged as a result, you want the company to “indemnify” you—that is, defend you and hold you harmless. This request is reasonable because such a prosecution or other legal proceeding will be based on your duties as safety coordinator and thus your work on the company’s behalf, explains Conlin.

So Conlin suggests that you try to get the company to agree to include an indemnification clause in your employment contract. This clause should require the company to do two things:

1. Defend you in any investigation, prosecution or other legal proceeding connected to any workplace injury, illness or safety incident or otherwise stemming from your duties as safety coordinator; and

2. Pay or reimburse you for the legal fees, fines or other expenses you incur in connection with such investigations, prosecutions or other legal proceedings.

Because safety coordinators often have broad responsibility for health and safety in their companies, courts could find them liable when they’re aware of a hazard and don’t ensure that the company takes appropriate steps to address it. Despite the recent Della Valle case, it’s unlikely that prosecutions against safety coordinators will become a regular occurrence. But the threat of prosecution is real. So if you’re a safety coordinator, you need to recognize this risk. The good news is that as long as you do your job professionally, maintain your commitment to protecting the health and safety of your workers and take the risk management strategies described in this article, you’re highly unlikely to face prosecution.