Russian Denied Residency Due to Criminal Conviction for Safety Incident 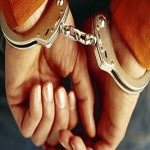 A Russian citizen applied for permanent residency in Canada. An immigration officer denied his application on the grounds that his criminal conviction in Spain for a construction incident that resulted in a worker’s death was the equivalent of a criminal negligence causing death conviction under the Canadian Criminal Code (as amended by Bill C-45). The Russian appealed but the federal court upheld the immigration officer’s denial. The court found that the officer’s conclusion that the Russian failed in his duty to ensure work was done safely when he allowed it to start without a required safety plan in place was reasonable and thus could form the basis for a conviction under Canadian criminal law [Ulybin v. TCanada (Citizenship and Immigration), [2013] FC 629 (CanLII), June 11, 2013].