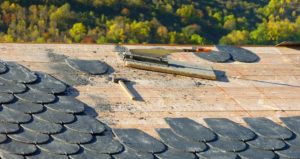 A CNESST inspector spotted a worker descending a ladder without a harness and cited the contractor for a fall protection violation. The contractor acknowledged that the worker wasn’t wearing a harness but argued that all he was doing was transitioning from his working position to the ladder and had taken only 2 steps towards the ladder after removing the harness. The Court of Québec agreed with the prosecutor that the worker needed fall protection until making it to the ladder; but it also accepted the contractor’s due diligence defence. The roofer took all reasonable steps to prevent the violation, including equipping its workers with a harness connected to a secure anchor line. But the worker, who was trained in fall hazards, chose to remove his harness before establishing his position on the ladder because taking off the harness while on the ladder caused him shoulder pain. The clincher was that the contractor disciplined him for the violation [CNESST v. Toiture Trois Étoiles, 2021 QCCQ 6059 (CanLII), July 19, 2021].