RETURN TO WORK: The Role of Co-Workers in a Successful RTW Program 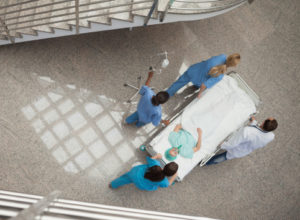 When workers get injured on the job, helping them return to work can be a challenging process involving many people in the workplace, including the injured workers, their supervisors, the safety coordinator, an HR representative, etc. But overlooked participants in the return-to-work process may be the injured workers’ co-workers, who not only are impacted by this process but also can contribute to its success. Two studies from researchers at the Institute for Work & Health (IWH) and from Australia looked at the important role co-workers can play in an effective transition back to work for injured or ill workers. Here’s a look at the findings from these studies and some tips based on their results you can use to improve your return-to-work (RTW) program.

Impact of RTW on Co-Workers

Co-workers can feel the often negative effects of RTW. But RTW programs are often written without considering any impacts on them or any contributions they may be able to make to an injured worker’s successful return.

In the first study, the researchers conducted focus groups with co-workers from a range of occupations. They found that co-workers’ capacity to support returning workers was based on several factors:

The researchers also found that, although some co-workers in the study saw RTW in positive terms, most described the process as detrimental. Examples of specific negative impacts on co-workers included:

Role of Co-Workers in RTW Program

The second study looked at the role of co-workers in the RTW process in the electrical construction sector. The researchers conducted focus groups with union representatives and injured workers. They also carried out in-depth, one-on-one interviews with co-workers who’d worked with someone injured on the job.

The researchers found that the structure of the work can impede co-worker support and contribute to making injured workers’ experiences difficult. A number of factors and work conditions were found to contribute to this difficulty:

Here are four tips based on the results of these studies to help avoid some of the negative impacts of RTW on co-workers and maximize the positive contributions they can provide:

“Buddies in Bad Times? The Role of Co-Workers After a Work-Related Injury,” Kozny et al, Journal of Occupational Rehabilitation, Dec. 2012.

For more information on return-to-work, see these articles and tools: