Results of Survey on Canadians with Disabilities and Employment 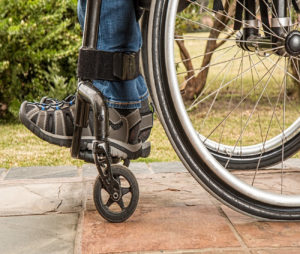 Discriminating against a worker or individual because they’re disabled is a violation of the human rights laws. In fact, employers have a duty to accommodate workers with disabilities to the point of undue hardship.

But despite these protections, disabled Canadians still face discrimination in employment according to a survey recently released by Statistics Canada.

Canadians with disabilities include those with a physical or mental disability related to seeing, hearing, mobility, flexibility, dexterity, pain, learning, development, psychological/mental disorders or memory.

The survey found that more than two million Canadians aged 25-64 (11% of the population in this age group) reported being limited in their activities because of at least one of these conditions. Of this group, approximately one million (49%) were employed in 2011, compared with 79% for Canadians without a disability.

For purposes of the survey, individuals with disabilities were classified across four categories: mild, moderate, severe and very severe. Employment rates varied in these categories:

The survey asked people with disabilities whether they had perceived employment discrimination in the five previous years.

Among Canadians with disabilities who were employed at some point in the five previous years, 12% reported having been refused a job as a result of their condition. But perceptions of discrimination were higher among younger disabled individuals, especially if they had a severe or very severe disability.

To learn more about accommodating disabled workers in your workplace, see “Disabilities.”