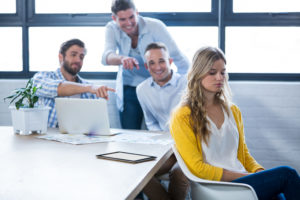 a) the employer’s name or the name of the business;

b) the business number as defined in subsection 248(1) of the Income Tax Act;

c) the name of a person who can be contacted about the report;

d) the following information relating to any occurrences for which notice was provided pursuant to the Regulations during the previous calendar year:

(i) the total number of occurrences;

(iii) the number of occurrences that resulted in the death of an employee;

(iv) if known, the number of occurrences that fell under each prohibited ground of discrimination set out in subsection 3(1) of the Canadian Human Rights Act;

(vi) the types of professional relationships that existed between the principal and responding parties, specifying the total number for each type;

(vii) the means set out in section 32 by which resolution processes were completed and, for each of those means, the number of occurrences involved; and

(viii) the average time, expressed in months, that it took to complete the resolution process for an occurrence.

The content of this article is intended to provide a general guide to the subject matter. Specialist advice should be sought about your specific circumstances.