Reckless Environmental Violations Can Be Costly 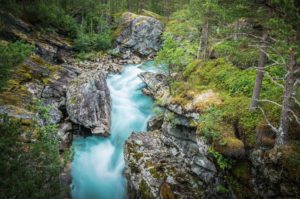 A company and its director were convicted of carrying on work in BC that disrupted, altered or destroyed a fish habitat in a creek in violation of the federal Fisheries Act. The trial court found that the drastic alterations to the site had harmfully disrupted the fish habitat. In addition, the defendants had retained an environmental consultant to get advice about how to comply with the environmental laws. The consultant provided a plan and confirmed that the DFO wouldn’t object if they followed that plan. But the defendants chose to ignore the consultant’s plan. As a result, the trial court found that they demonstrated a significant degree of culpability and recklessness. So it fined the company $60,000 and the director $20,000, which they appealed. The appeals court refused to reduce the director’s fine, explaining that reckless actions call for more severe penalties [R. v. Larsen].

When a company or individual, such as a member of senior management, is convicted of an environmental violation, the sentencing court must consider certain factors spelled out in either the environmental laws themselves or “case law”, that is, the sentences imposed by judges in other, similar cases. One of those factors is culpability. For example, a company that tried to comply with the law but fell short will generally be treated as less culpable and possibly deserving of a lesser penalty. The Larsen case is a good reminder that reckless conduct that harms the environment will be treated as more culpable and so will likely result in higher penalties, including bigger fines for individuals such as officers and directors.

The environmental laws establish a range of amounts for any fines imposed on violators. The trial court must then determine the appropriate penalty within that range based on the specific facts of the case and an assessment of any factors either spelled out in the environmental laws or based on case law involving sentences for environmental offences. The relevant factors usually include:

To the trial court, one of the key sentencing factors in the Larsen case was culpability. All environmental violations aren’t the same. Some conduct is more culpable than others. For example, a company that tried to act with due diligence but failed is less culpable than a company that acted with reckless indifference toward its obligations under environmental laws. Thus, level of culpability is one of the key factors affecting the amount of a fine.

In the Larsen case, the trial court’s analysis of the culpability factor focused on the nature of the company’s and director’s conduct, specifically their decision to ignore the advice of the environmental consultant they’d hired. For example:

As a result, the trial court concluded that the defendants’ conduct “showed a high degree of recklessness”. It added, “In deciding that they knew best, they proceeded at their peril, and will now be called upon to account for that recklessness”.

The defendants argued on appeal that the trial court placed undue emphasis on their failure to follow the environmental consultant’s plan. But the appeals court said that it was open to the trial judge to find that the defendants’ actions undertaken without notice to the environmental consultant were reckless. And given all of the circumstances of the case, the appeals court could not find that the fine imposed on the director was “demonstrably unfit”. (However, it did reduce the company’s fine based on the value of land it had donated to a conservancy.)

Obviously, the goal is to never violate the environmental laws. But no company is perfect. The lesson from the Larsen case is that the nature of the conduct that led to the violation is important when it comes to sentencing. In other words, if senior management ensures that the company tries to take all reasonable steps to comply with the environmental laws and prevent harm to the environment, a sentencing court will likely treat it with more leniency if those efforts should fail. But if the company acts recklessly or with little regard to compliance or safeguarding the environment, you can expect the court to throw the proverbial book at it, and any culpable members of management, when it comes to sentencing.