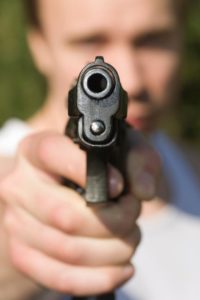 Most employers understand that it’s not enough just to address the hazards associated with equipment, machinery, work processes, chemicals and the other nuts-and-bolts trappings of the workplace. They’ve gotten the message that the duty to provide a safe workplace also involves protecting workers from violence.

But awareness of this hazard and the duty to protect workers from it doesn’t mean employers are necessarily taking effective action. And as recent incidents show, the threat of workplace violence clearly isn’t going away.

Shootings in US Workplaces

For example, three people were killed and two were injured in a recent shooting at a lumber company in North Carolina. The gunman—a worker for the company—entered the warehouse and opened fire with a 12-gauge shotgun. After the shooting, he fled to his home and apparently shot himself with a semiautomatic handgun. He later died.

The worker’s supervisor said that he was paranoid and thought Hispanic workers were making fun of him in Spanish. The company’s owner denied that the shooter was harassed in anyway.

And in December, an incident at a California office complex left three people dead and two more injured. The gunman, who was among the dead, and the victims were all Southern California Edison employees. His motive was unclear but his supervisor had recently reprimanded him for missing an audit deadline.

To make sure that your company’s efforts to protect workers from violence are sufficient, go the OHS Insider’s Workplace Violence Compliance Center where you’ll find more information, model tools and videos on this topic.