Recent Saskatchewan Decision Looks at Due Diligence as to Worker Training 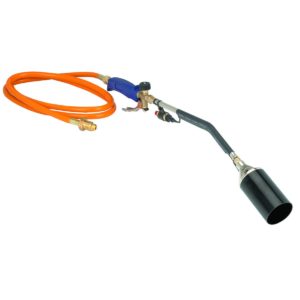 One of the most fundamental steps an employer must take to ensure the health and safety of its workers is to provide adequate safety training. But what constitutes “adequate” training? In other words, if a company argued that it exercised due diligence as to its worker training, what would it have to show to successfully prove that defence? A recent case from Saskatchewan involved an inadequate training charge and the due diligence defence. Here’s a look at that case.

What Happened: At a meeting, the foreman of a utility crew at a coal-fired power plant raised concerns about an ice accumulation in a culvert under the plant service road that led to the cooling tower. Although he was told not to worry about the culvert, he decided to do address the ice anyway by placing a “tiger torch” attached to a propane tank about 10-15 feet from the culvert, igniting the torch and placing a tarp around the end of the culvert to trap the heat. He later told a worker who was going to be driving past the culvert to check on the torch and ensure it was still lit. The worker saw that the torch was out. When he relit it, there was a fireball that burned his face, fingers, hand and arm. As a result, the power company was charged with four safety violations, including providing inadequate training. The company argued that it had exercised due diligence.

What the Court Decided: The Provincial Court of Saskatchewan acquitted the company on all charges, ruling that it had exercised due diligence.

The Court’s Reasoning: First, the trial court found that the Crown had proven the charges beyond a reasonable doubt. It then turned to the company’s due diligence defence. In general, the evidence showed that the company made significant attempts to impress on its employees that safety was a critical part of their work. In fact, the witnesses for both sides agreed with the general suggestion that safety was important to the company.

As to the worker’s training, the Crown argued that the company should’ve foreseen that, at some point in time, the worker would be required to use the tiger torch because the torch was one of the tools inside the utility shop. But the utility crew typically performed basic maintenance and cleaning tasks, and seldom used specialized equipment. In fact, even the foreman hadn’t used the tiger torch in four years. In addition, the injured worker was an entry-level employee. So the court concluded that the worker’s use of the tiger torch at some future point in time wasn’t reasonably foreseeable.

The court also observed that if the company was required to train the worker in the use of the tiger torch just because it was available in the utility shop and he might be called on to use it “someday,” then it would likely have to train him on the use of all the tools in the utility shop. “The thought of training an employee to use a wide range of tools that he or she may not have to use until months or years later”—if ever—leaves the impression such training would be ineffective because it would be difficult for the employee to retain all this information until each tool is finally used in the workplace, said the court. Instead, it may be preferable to train workers in the use of a specific tool shortly before they’re actually required to use it.

As to the training that the worker did receive, he was given a training orientation when he started with the company and then again when he transferred to this plant. With each orientation, he received a safety rule book and related written material, which highlighted safety as a key concern for the company and identified various hazards. In addition, the worker was aware of the purpose of the morning tailboard meetings and the related safety procedures for each task. And he knew from his training that if he received an assignment he felt was unsafe, he could step back from it [R. v. Saskatchewan Power Corp., [2016] SKPC 2 (CanLII), Jan. 29, 2016].

Despite the above ruling, the court in Saskatchewan Power did have a criticism of the company’s training program in one respect. On the surface, the written material the worker received seemed sufficient to instill in the employee a “safety first” mentality. But the court was troubled that the worker testified that he hadn’t read most of it even though he knew he was expected to do so. In addition, the company should’ve expected that some employees, when faced with a large amount of written material at one time, wouldn’t read it all or fully understand what they did read. And the surest way of guaranteeing the required knowledge was effectively conveyed to the worker was to evaluate him. However, “it appears little evaluation took place,” found the court. Despite this concern, the court was still satisfied that the company had taken reasonable care in training the worker to prevent this incident.

Bottom line: Workplace safety is a shared responsibility and when one stakeholder fails in his duty, it doesn’t remove concurrent responsibility from other stakeholders. That is, the worker dropped the ball by not reading all of the safety materials. But his failure doesn’t absolve the company from its duty to ensure he’s been properly trained. To learn more about how you can ensure your workers are adequately trained, see “Take 4 Steps to Verify Effectiveness of Training” and “Why Workers Require Competency Test after Safety Training.”