Reassigning Work Subject to a Work Refusal to Another Worker 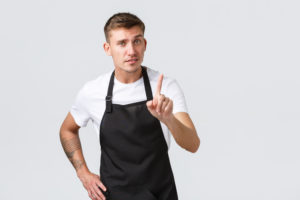 While workers’ right to refuse dangerous work is an essential safety protection, it can also be highly disruptive to work operations. Work refusals must be investigated, and any problems identified must be corrected before the work can resume. Even if you believe that the refusal is baseless and the work is totally safe, there are steps you must take before reassigning the refused work. Here’s a look at the refusal reassignment requirements and how to comply with them.

Unlike in most industrialized countries where employers bear responsibility for just about everything, OHS laws in Canada are based on an Internal Responsibility System theory in which all stakeholders, including workers, work collectively to ensure workplace health and safety. In such a system, the right of workers to refuse work they consider unduly dangerous is the ultimate backstop to be resorted to only when all else fails. That’s why OHS laws impose limits on refusal rights. Thus, refusals are allowed only when:

Once a work refusal is properly initiated, the employer must investigate and determine if an undue danger exists. If so, it must take appropriate corrective actions to remedy the danger. Workers can also choose to continue their refusal if they’re dissatisfied with the outcome (that is, they dispute the finding of no danger or adequacy of corrective actions taken), in which case, a government OHS investigator will probably have to intervene.

Of course, all of this takes time. So, it might be tempting for employers to simply ask another worker to do the refused work, especially when the employer firmly believes that the refusing worker’s concerns are completely off base. However, simply plugging in another worker like this would defeat the purposes of work refusals, not to mention put the replacement worker in potential danger.

Northwest Territories and Nunavut are the only jurisdictions that don’t expressly address what employers must do to reassign work subject to a work refusal to another worker.

1. Who Must Provide Notification

In most jurisdictions, the employer must provide notification of the work refusal.

2. Who Must Receive Notification

Notification of the work refusal must be directed to the worker that has been asked or ordered to perform the refused work, including workers on the next shift after the refusal. Additional requirements:

3. What Form Notification Must Be In

Notification of refusal must be in writing. Exceptions: Federal, New Brunswick, Newfoundland, Prince Edward Island and Québec require that the worker be notified of the refusal but don’t specify who must provide notification.

The point of the notification is to make the proposed replacement worker (which we’ll refer to as the “second worker”) aware that another worker (the “first worker”) has refused the work and why so they can make an informed decision about whether to accept the assignment. The information the notification must list varies slightly by jurisdiction, including:

Last but not least, you need to know what to do with refusing workers while they await the outcome of the investigation and completion of any required corrective actions. The two basic options:

Reassignment rules and protections from reprisals apply, regardless of the work refusal’s ultimate outcome. However, there’s also a big caveat to keep in mind. The worker must initiate the refusal properly and provide the supervisor or employer notice of refusal required by OHS laws. If not, the work refusal isn’t protected by OHS laws and you can treat it as plain old insubordination.