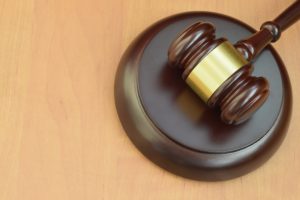 The Québec Superior Court has just released (October 31) a decision that commands the attention of supervisors, employers and health and safety professionals across Canada.

In R. v. Fournier, the Court decided that a workplace fatality flowing from a breach of provincial health and safety legislation could support committal to trial on a charge of manslaughter under the Criminal Code.

The case arises out of the tragic events of April 3, 2012. On that date, Gilles Lévesque died on the job when the walls of a trench he was working in collapsed. The accused, Sylvain Fournier, is the owner of the excavation company who employed Mr. Lévesque.

Evidence at a preliminary inquiry showed that the walls of the trench were not adequately supported as required by Québec health and safety legislation. Further, dirt excavated from the trench had been piled too close to its edges, which caused the trench wall collapse and Mr. Lévesque’s death.

Mr. Fournier was committed to trial by the judge presiding at the preliminary inquiry on a charge of criminal negligence causing death (section 220(b) of the Criminal Code) and also on a charge of involuntary culpable homicide (i.e. manslaughter) under section 222(5)(a) of the Criminal Code, which provides that a person commits culpable homicide when he causes the death of a human being, “by means of an unlawful act.”

Subsequently before the Superior Court, the accused did not contest his committal to trial on the first of the charges but did contest it on the second charge.

As for the first of the charges (criminal negligence causing death) it may be recalled that Bill C-45 added section 217.1 to the Criminal Code, which establishes the following positive duty on those directing the work of others:

Every one who undertakes, or has the authority, to direct how another person does work or performs a task is under a legal duty to take reasonable steps to prevent bodily harm to that person, or any other person, arising from that work or task.

When this duty is breached, the provisions of s. 219 of the Criminal Code may be engaged, which provide:

219 (1) Every one is criminally negligent who

(a) in doing anything, or

(b) in omitting to do anything that it is his duty to do, shows wanton or reckless disregard for the lives or safety of other persons.

(2) For the purposes of this section, duty means a duty imposed by law.

When both section 217.1 and 219 are in play, section 220 then provides that a person who, by criminal negligence, causes death to another person is guilty of an indictable offence and liable to imprisonment for life.

For a charge of workplace criminal negligence causing death, therefore, there is not necessarily a need to look outside of the Criminal Code to a breach of provincial health and safety legislation. It may suffice for such a charge that the duty under s. 217.1 is breached.

As for the second charge, however, the issue in this case was whether, and in what way, a breach of provincial health and safety legislation could support committal to trial on a charge of manslaughter.

The Superior Court, on reviewing the committal to trial on this charge, noted a number of provisions of the Québec Act Respecting Occupational Health and Safety (ss. 51, 236 & 237) and a Regulation under it, the Safety Code for the Construction Industry (“Safety Code”). These were collectively to the effect that an employer must take reasonable measures to protect worker health and safety and, more specifically, s. 3.15.3 of the Safety Code required an employer to ensure that “the banks of an excavation or trench are shored solidly with quality materials in accordance with the plans and specifications of an engineer”.

The preliminary inquiry judge had determined that s. 3.15.3 of the Safety Code had not been respected and amounted to an unlawful act within the meaning of s. 222(5)(a) of the Criminal Code. As noted by the Superior Court (rough translation):

“The judge was of the opinion that the unlawful act contributed materially to the death of the victim and that it was “objectively dangerous in the sense that a reasonable person would understand that there was a risk of harm”. She also mentioned that the witnesses were clear and unanimous on this issue. She states that “a reasonable person in the same situation as the accused would have foreseen the risk of death involved in the unlawful act” because of the clearly established risk of collapse.”

Following a thorough review of the case law and scholarly commentary, the Superior Court concluded that the preliminary inquiry judge was right to commit the accused to trial on the manslaughter charge.

However, the Superior Court pointed out that when the illegal act on which a charge of manslaughter is based is a breach of a provincial safety statute, the Crown must show beyond a reasonable doubt that the conduct of the accused amounted to a “marked departure” from the conduct of a reasonable person in order for criminal liability to be imposed.

In a typical provincial offences prosecution, which involves a “strict liability offence”, the Crown generally must only show the accused was responsible for the prohibited act (i.e. a failure to secure the trench walls), following which there would be liability unless the accused discharged his burden of showing due diligence to comply with his safety obligations. In the case under review, the Superior Court was careful to point out that, by contrast, in a criminal prosecution, the burden of proof beyond a reasonable doubt rests with the Crown at all stages of the analysis.

The Superior Court summarized the applicable test in these terms (rough translation):

“When the underlying offence on which a charge of manslaughter is based is a strict liability offence, the prosecution must establish the following: (1) the commission of an objectively dangerous strict liability offence; (2) the conduct of the accused constitutes a marked departure from the conduct of a reasonable person in the same circumstances; and (3) having regard to all the circumstances, a reasonable person would have foreseen the risk of bodily harm.”

Thus, for a workplace criminal manslaughter charge to result in a guilty verdict, in addition to showing a fatality further to a breach of provincial health and safety legislation, the Crown must also show a “marked departure” from expected reasonable conduct and reasonable foreseeability of bodily harm.

However, although this test would suggest something more than the Crown’s merely showing a breach of the provincial safety statute, when considering the issue of “marked departure”, the Superior Court wrote (rough translation):

“[83] The breach of the obligation to firmly brace the walls of an excavation established in section 3.15.3 of the Security Code constitutes a strict liability offence under section 236 of the OHSA.

[84] This offence is objectively dangerous.

[85] Failure to comply with this obligation is a marked departure from the conduct of a reasonable person who should have anticipated the risk posed by the failure to put in place a solid brace.”

Thus, it seems that the mere breach of the provincial safety statute was sufficient to meet the “marked departure” test.

Although the final result in this case is yet to be determined (a trial on the merits will only start in November 2017), it is a significant decision, which raises several questions about the scope of increased potential criminal liability for employers and supervisors and also, how all this will play out in practice.

Among other questions is where evidence of an employer’s due diligence fits into the analysis.

In a typical prosecution under provincial health and safety legislation, the Crown must prove the prohibited act beyond a reasonable doubt. The accused may decide to advance a due diligence defence, which requires his showing on a balance of probabilities either that he took all reasonable steps to avoid the commission of the offence or that the accused had a mistaken belief of fact, which, if true, would have made his conduct innocent. If such a due diligence defence can be made out, it is a complete answer to the Crown’s case and the charge must be dismissed. In putting forward such a due diligence defence it is settled law that the burden of proof is on the accused. However, in a criminal context, how will this work out given that the burden of proof is on the Crown throughout?

This in turn raises questions as to how the Crown may go about doing this. The Crown would in theory have to investigate and lead evidence on what existed (or not) in terms of such things as the employer’s policies, training and supervision aimed specifically at the provincial offence in question.

At the same time, the accused could presumably seek to cast doubt on the Crown’s case on the issue of whether there was due diligence or not.

Fully exploring these questions is beyond the scope of this article. However, it stands to reason that they will have to be considered by the courts at some point.

Even though R. v. Fournier has not clarified all the issues, it is a clear step toward integration of provincial safety offences into the criminal process. Therefore, until the interaction between regulatory and criminal law is more fully explored in future cases, R. v. Fournier should be viewed by employers as further reason to increase due diligence efforts with a view to compliance with provincial health and safety laws.