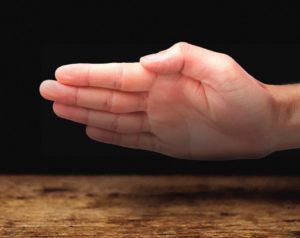 Hypothenar Hammer Syndrome (HHS) is a disease that can be easily confused with other disorders, such as hand-arm vibration syndrome (an occupational illness) or Raynaud’s disease, which is hereditary. HHS can lead to serious injury in the affected fingers—and could even result in their amputation without appropriate diagnosis and treatment.

So it’s important that you understand HHS and its causes and symptoms, and educate workers on this disease so they can get treatment early if they start to see signs of the condition.

The disease develops in workers who repeatedly use the palms of their hands to strike, flatten, press or twist objects, which can reduce blood flow circulating into the fingers, especially the middle, ring and little fingers. Even a single episode of trauma could cause the disease. The use of vibrating tools or tools that exert pressure on or repetitively strike the palm can also cause the disease.

HHS can cause one or more symptoms, including:

Any delay in diagnosing HHS in its acute form could cause serious injury to the affected fingers, which could even result in amputation. So workers must be vigilant and report early symptoms to their doctor immediately to avoid complications.

To avoid developing HHS, workers should:

The OHS Insider has articles, tools and other resources that you can use to raise awareness of ergonomics-related conditions and diseases such as HHS, including:

Want access to all the Canadian safety compliance resources that the OHS Insider has to offer, such as the articles and tools listed above, and much more? Sign up for a free trial membership now! [/box]