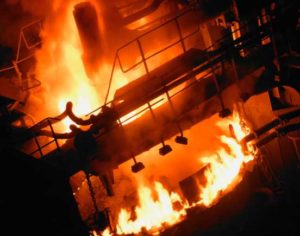 The OHS and environmental laws overlap in many ways. For example, some types of incidents—particularly those involving hazardous substances—can impact both an employer’s workers and the surrounding environment, resulting in charges brought against it under both sets of laws and regulations. A recent case from Ontario is a good example of such an incident. Here’s a look at the 135-page decision and how the two companies and the officers who were charged with environmental and OHS offences fared.

What Happened: While workers at a propane facility were transferring propane from truck-to-truck, which is illegal, the vapours ignited, causing a series of explosions. A 25-year-old worker was killed; a co-worker suffered minor injuries. The explosion forced the evacuation of approximately 12,000 residents and caused widespread damage. And tragically, a firefighter died of a heart attack while battling the blaze. Two companies were charged with violating the Environmental Protection Act by discharging contaminants into the environment and not complying with orders issued afterwards. Two corporate officers were also charged with failing to take reasonable care to prevent the corporation from violating those orders. One company was also charged with violating the OHS laws by failing, as an employer, to provide information, instruction and supervision to a worker on the safe handling of propane and to take every reasonable precaution to ensure the propane facility was installed and operated in accordance with regulatory requirements and safe industry practice.

What the Court Decided: The Ontario Court of Justice convicted the defendants on all of the charges except one.

The Court’s Reasoning: The court addressed the environmental and OHS charges separately:

Environmental. The explosions and fires resulted in the discharge of contaminants, including gas vapour, smoke, asbestos, dust, metal fragments and other debris, into the natural environment. The discharged contaminants caused a variety of adverse effects, including personal injuries and damage to neighbouring residences and businesses. The court concluded that the risk of an explosion during propane transfers was foreseeable but the defendants didn’t exercise due diligence to prevent it. For example, their preventative maintenance system was “woefully inadequate.” In addition, the defendants knew how to challenge the environmental orders if they felt that compliance with the orders was impossible but they chose not to do so. (For information on challenging government orders, such as those from OHS inspectors see “Dealing with Inspectors: How Do You Appeal an Order from a Safety Official?” July 2009, p. 1.).

OHS. Although the defendants claim that the deceased worker was trained on safely handling propane, there was no evidence or records of such training. There was also no evidence that workers got appropriate supervision. And in an inherently dangerous business such as this one, the court said there must be a high degree of attention to detail and processes, particularly instructing, training and supervising the workers handling “this very dangerous fuel,” which the defendants didn’t provide. In addition, there was no system in place to ensure that the facility complied with the requirements of the Technical Standards and Safety Act  (TSSA) [Ontario (Ministry of Labour and Ministry of the Environment) v. Sunrise Propane Energy Group Inc., 2013 ONCJ 358 (CanLII),  June 27, 2013].

The legal issues facing the defendants in Sunrise Propane aren’t over yet. First, they must be sentenced for the above convictions, which will likely include hefty fines. (Sentencing is scheduled for Dec. 9.) In addition, neighbours filed a class action negligence lawsuit, which is still pending. If the companies lose that lawsuit, it could cost them millions of dollars in damages. Bottom line: This tragic incident and the resulting consequences could’ve been avoided if the companies had only taken basic steps to properly train and supervise their workers.