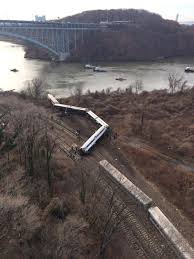 After the Metro-North Railroad, which operates in New York and Connecticut, had five incidents within a year that killed six people and injured 126, the U.S. National Transportation Safety Board conducted a special investigation.

The NTSB released a summary of its special investigation report, which found, among other things, that Metro-North’s safety culture was lacking and contributed to these fatal incidents. (An investigation by Canada’s Transportation Safety Board into the tragic train derailment at Lac-Mégantic, Québec came to similar conclusions about the safety culture of the railroad involved in that incident.)

Specifically, the NTSB found that:

How would your company’s safety culture fare if it was subjected to such an in-depth investigation? Use this checklist to assess your safety culture.

Here are a few additional OHS Insider resources that can help you improve your safety culture: