POLLUTION: How to Comply with the NPRI Reporting Requirements 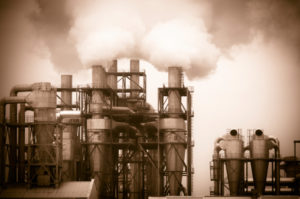 June 1 is an important environmental compliance date for some facilities. Why? Because certain facilities are required by federal law to report their annual releases of designated pollutants to a national database, the National Pollutant Release Inventory (NPRI), by that date. This publicly accessible inventory contains information on releases of pollutants into the air, water and land, and disposals and off-site transfers of designated substances for recycling. Here’s a look at the NPRI and four steps to take to ensure that your company complies with the reporting requirements, if applicable.

Sec. 48 of Part 3 of the Canadian Environmental Protection Act, 1999 (CEPA) requires the federal Minister of the Environment to “establish a national inventory of releases of pollutants.” The NPRI was created to fulfill that requirement. The specific NPRI reporting requirements for each calendar year change. The government publishes them in a notice in the Canada Gazette. The reporting requirements for the 2014 and 2015 reporting years were published on July 12, 2014.

The notice is divided into four parts or “schedules”:

Several changes have been made to the NPRI reporting requirements, which are in effect as of the 2014 calendar year:

Deleted substances. Five substances have been removed from the Part 1, Group A list. NPRI reporting requirements no longer apply to these substances:

[learn_more caption=”Step #1: Determine if Your Facilities Are Subject to Reporting Requirements”]

First, determine whether your company’s facilities are required to report to the NPRI. In general, an NPRI report is required for any facility:

Two types of facilities are exempt from reporting to the NPRI:

Who is actually required to submit the report for covered facilities? The owner or operator of a facility that’s subject to the NPRI reporting requirements as of Dec. 31st of a given year is required to report to the NPRI, whether the ownership of the facility changes during the calendar year. If operations at a facility are terminated during the calendar year, it’s the last owner or operator of the facility that must report.

Insider Says: If you were required to submit a report for 2013, it’s likely that you’ll have to do so again for 2014—but not always. If your facility doesn’t have to report its emissions for 2014, you must still submit an online report by June 1, 2015 stating that the facility doesn’t meet the 2014 reporting criteria.[/learn_more]

If you determine that one or more of your company’s facilities are subject to the reporting requirements, collect the information needed for the reports. If the facility’s emissions are already monitored or measured under provincial or federal law, or a municipal bylaw, those measurements must be used to report to the NPRI. If its emissions aren’t monitored or measured under another environmental law, you must undertake reasonable efforts to gather information on releases, disposals and transfers of a designated substance.

What’s “reasonable” depends on individual circumstances, but may include additional monitoring for NPRI substances. In deciding whether additional efforts should be undertaken to generate new information for the purposes of NPRI reporting, the following factors, among others, should be considered:

The NPRI guide notes that estimates of the quantity of a substance that’s manufactured, processed or otherwise used, and of the quantity that’s released, disposed of or transferred for recycling, may be based on one of the following methods:

If you have to submit NPRI reports for one or more of your company’s facilities, do so online through Environment Canada’s Single Window System. The information you must report is divided into three categories:

Contact information. For each of the following, you must provide the name, position, mailing address, telephone number and email address:

Other facility information may also be required, depending on the type of facility and the substances reported.

Substance-related information. The specific information that you must report for each group of NPRI substances varies. But in general, the report must include:

In addition to the above information, a Statement of Certification must be electronically signed and submitted with the NPRI report using the on-line reporting system. The certifying official, who’s legally responsible for the contents of the NPRI report, should verify that the information submitted is true, complete and accurate, and acknowledge that the data will be made public.[/learn_more]

Because the federal government uses the information in the NPRI to, among other things, develop targeted regulations for reducing releases of toxic substances and air pollutants, it’s important for required facilities to comply with the NPRI reporting requirements and do so accurately. If you need additional incentive, failing to report, reporting late or knowingly submitting false or misleading information to the NPRI can result in fines.