Poll Results: More Workers Should Be Fined for OHS Violations 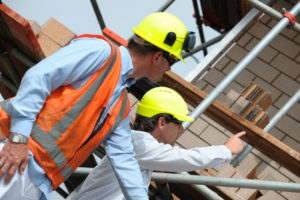 When OHS regulators identify safety violations, they typically charge the company or employer with those violations. Depending on the circumstance, they may also charge a supervisor or corporate officer. But although the OHS laws across Canada allow regulators to charge workers as well, such prosecutions are rare.

However, the basis for safety charges against a company are often the acts of workers who violated either the company’s safety rules or the OHS regulations. So shouldn’t the workers be charged, too? After all, isn’t the foundation for workplace safety in Canada the Internal Responsibility System in which all workplace stakeholders, including workers, are responsible for safety?

In a recent poll, we asked if you thought OHS regulators should fine workers more frequently for safety violations. The results:

It sounds like most safety professionals are in favour of, or at least open to, more workers facing liability for violating the safety laws.

And it appears that OHS regulators may be getting more willing to impose fines or other penalties on workers for violating safety laws. For example, in Alberta, as of Jan. 1, 2014, employers—and workers—in violation of ticketable provisions of the OHS laws can be issued tickets by OHS officers. (Other jurisdictions, such as Nova Scotia, also allow tickets or administrative monetary penalties for designated safety violations.)

Because these on-the-spot penalties will be easy for OHS officers to hand out, they might start imposing them on, say, workers seen without appropriate PPE on a worksite.

So make sure that your workers understand that OHS prosecutions aren’t just for companies and their CEOs.