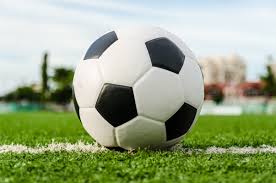 Heat stress in the summer is an issue for many kinds of workers—including professional athletes.

Brazil’s soccer players’ union sued FIFA over heat stress concerns as to the upcoming World Cup. The players’ federation says the 1:00 pm local kick-off times of 24 World Cup matches put players at risk because of intense heat and humidity in some venues.

The union also wants FIFA to introduce two-minute water breaks in each half during those matches. (Hydration is very important.) It wants these changes based on local labour regulations and a study conducted by a Brazilian sports doctor, Turibio Leite.

In response, FIFA said that its “medical team is always monitoring carefully all venues during any FIFA competition to protect the players’ health. Cooling breaks will be considered on a match-by-match basis for the 64 matches. Official and mandatory cooling breaks will not be pre-established. Rather, climate conditions will be evaluated prior to each match by the FIFA venue medical officer.”

Similar health concerns were made during the 1994 World Cup in the US, when temperatures reached mid-30°C in some of the games. And extreme heat will also be a problem for the 2022 World Cup in Qatar, with FIFA considering moving the tournament to winter to avoid the hot weather in the Gulf nation.

For tools, information and other resources on protecting workers from heat stress, go to the OHS Insider’s Heat Stress Compliance Centre where you’ll find, among other things: