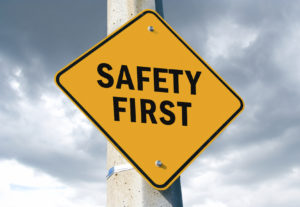 Weiss and his companies were replacing a one-story building with a five-story building. He ordered several workers to excavate in the rear of the lot in an area not permitted by the approved plans and without knowledge of other professionals involved in the project.

Throughout the excavation, several workers complained to Weiss that the excavation was unsafe because the adjacent walls were unstable, especially the rear concrete masonry wall because it had a crack. Weiss repeatedly refused to provide any materials to shore up the wall and refused a request to hire experienced workers. Instead, he allegedly told workers they were working too slowly and ordered three workers to work in the rear excavated pit.

When the wall collapsed, masonry blocks and other debris fell on three of the workers, killing 18-year-old Vanegaz and seriously injuring two others.

The lesson: The criminal charges against this owner should serve as a warning to others that no building is worth a life, that cutting corners on the job has very real consequences and that if you fail to protect your workers, the government will likely come after you.

Want access to all the Canadian safety compliance resources that the OHS Insider has to offer? Sign up for a free trial membership now! [box]