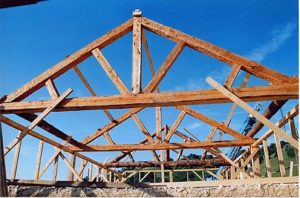 A company was hired by a building owner to install a new roof. Because the power line into the building was near the roof, the company needed a Clearance Report from the utility before its workers could work in the area of the power line. But before the utility issued this report, the company owner ordered workers to start work on the roof, believing they wouldn’t be at risk. An OHS inspector saw that workers were less than six metres from the power lines. Because the foreman didn’t know the voltage of the lines, the inspector issued a compliance order and $2,000 administrative penalty, which the company appealed. The Labour Board upheld the order and penalty. It explained that the law is clear and strict—when the voltage of a power line isn’t known, a minimum safe distance of six metres must be maintained. The foreman on site didn’t know what voltage the power lines into the building carried. And a worker was standing less than six metres from those lines. Plus, no Clearance Report had been issued at that point [Island Sheet Metal & Roofing Limited (Re), [2016] NSLB 218 (CanLII), Aug. 15, 2016].