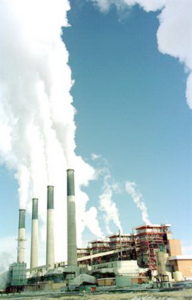 The activities of a company that can impact the environment may also impact the lives of those living near the facility. For example, if a plant discharges contaminants into the air, the emissions can impact both the quality of the air—possibly in violation of environmental law—and the health of neighbouring residents who inhale them—possibly leading to various civil claims including nuisance. Here’s a look at a recent decision from Ontario involving claims residents made against a company based on the emissions of noise and odours from its asphalt plant.

What Happened: A large paving and construction company owned a quarry. After it installed a temporary asphalt plant at the site, residents who lived in the vicinity of the quarry sued, complaining primarily of noise and odour allegedly caused by the production of asphalt. The lower court found in favour of the residents and ordered the company to pay them a total of $14,700 as damages for nuisance, trespass and negligence. The company appealed.

What the Court Decided: The Ontario Superior Court of Justice dismissed the appeal as to the nuisance claim but upheld the challenges to the trespass and negligence claims.

The Court’s Reasoning: As to the nuisance claim, the court explained that nuisance arises when a person is unlawfully annoyed, prejudiced or disturbed in the enjoyment of land. An assessment of a nuisance claim involves four factors:

Severity of interference. The company argued that because the asphalt plant was only in production for 29 days, it was too short of a period of time to qualify the duration and effect of the noise and odour generated by it as substantial. The witnesses described the noise as like a freight train, like being next to an airport and “horrible to live beside.” They described the odour as very strong, really awful, brutal and “living hell.” So the appeals court concluded that it was open to the lower court to find that the noise and odour was more than transitory and repeated with sufficient frequency over a sufficiently long period to be actionable.

Utility of the defendant’s conduct. The appeals court ruled that the lower court properly engaged in an analysis balancing the utility of the plant’s conduct against the reported interference it caused.

Whether the plaintiff displayed abnormal sensitivity. The trial court didn’t make a reviewable error in failing to find that the residents were predisposed to be hypersensitive to noise and odour emanating from the asphalt plant, said the appeals court.

In dismissing the trespass claim, the appeals court ruled that the noise and odours didn’t directly or physically intrude on the residents’ land. The court also dismissed the negligence claim on the grounds that there was no evidence that any of the residents suffered personal injuries or property damage to an extent that justified compensation [Moore v. Smith Construction, [2013] ONSC 5260 (CanLII),  Aug. 15, 2013].

The Moore case is a good reminder that compliance with the requirements and standards in the environmental laws isn’t enough to protect your company from liability. You must also remember that the company’s operations can impact the residents’ use and enjoyment of the neighbouring land. And although nuisance and related claims are hard to prove, they’re becoming more and more common.